Over the past day or two, the Euro has been consistent in depicting an embedded shortwave with associated surface cyclogenesis across AL/GA on Sunday. A broad warm sector spreads across the area and with a good amount of shear, it looks like severe weather, including tornadoes, is a good bet. The other synoptic models have generally been in their own world, but they are converging towards the Euro's solution.

Since SPC has introduced a risk area for the threat, I'd thought it'd be a good idea to start this thread to keep the general severe wx thread from getting cluttered.

...ECMWF has been the most consistent model generating a surface low
over the Arklatex immediately ahead of a surging arctic front. This
feature will be induced by a pronounced mid-level short-wave trough
that is forecast to translate across the lower MS Valley through the
Mid-South by Sunday evening. Latest guidance suggests higher-PW air
mass should advance to near the TN border ahead of the surface wave
which should allow a broad warm sector to materialize prior to
frontal passage. It appears strong-severe organized convection could
develop ahead of the short wave as strong shear and adequate
buoyancy will be in place prior to convective development...
Click to expand...

Northward extent of the warm front will be important. The euro, which has been leading the way with this threat, is showing lots of convection north of I-20/59. Boundaries left behind near that convection will enhance the threat is certain regions. This is one of highly mesoscale dependent events.

Kory said:
Northward extent of the warm front will be important. The euro, which has been leading the way with this threat, is showing lots of convection north of I-20/59. Boundaries left behind near that convection will enhance the threat is certain regions. This is one of highly mesoscale dependent events.
Click to expand...

I have a few concerns with this event, however this one is paramount. Even with all of the convection the Euro shows, it still pumps instability up across most of the deep south. The NAM lifts the precip northward into Tennessee rather quickly on the flip side. These scenarios always freak me out, so I'll side with the slow moving warm front/messy idea for now.
Hebrews 11:1
TalkWeather Members Do Not See This Ad - JOIN TODAY

SREF/UKMET are the 12z suites that are the slowest and likely largest threats. NAM/GFS are a bit faster with cyclogenesis and progression eastward with everything. 12z euro will be running within the hour.

SREF already has 45% sig tor probs at the end of the run for MS. 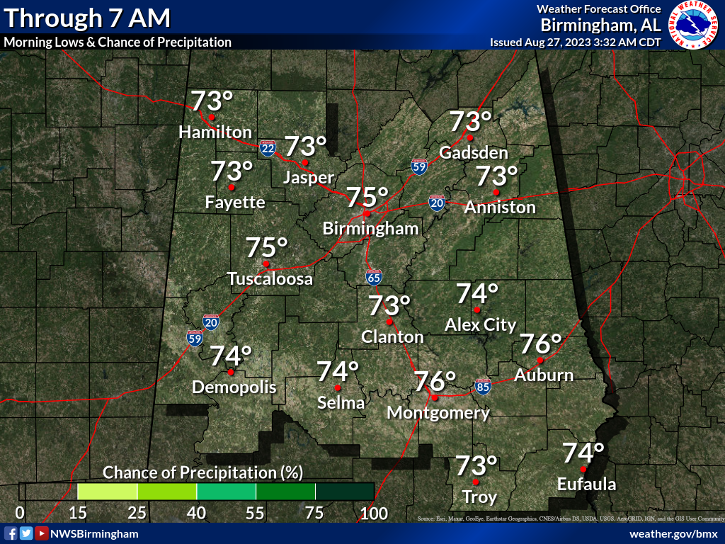 A weak cold front should continue to move slowly southward on
Friday across the southern portion of the area. A notable drop in
PWAT values should occur to the north of the front, and any
mention of rain has been removed for the northern half of the CWA.
Isolated to scattered showers may be possible farther south where
higher moisture content is expected. A poorly-defined upstream
shortwave will approach from the west Friday night into Saturday
morning and should induce isentropic lift on the north side of the
stalled front. Rain showers may move into West Alabama during the
late night and early morning hours and continue eastward through
the late morning on Saturday. This may cause the front to briefly
move southward on Saturday afternoon before returning northward as
a warm front on Sunday morning.

Model trends are now giving clearer indications of a potential
severe weather event on Sunday. With the upper-level vortex over
southern Canada becoming less suppressive, a powerful channeled
upper-level may take on a more cyclonic shape by Sunday afternoon
as it races eastward across Texas toward the Lower Mississippi
Valley. Operational and ensemble model guidance are strongly
supportive of cyclogenesis near the Ark-La-Tex on Sunday morning,
causing a warm front to move northward with mid to upper 60s
dewpoints spreading inland through the late morning hours. This
will occur beneath relatively low 500mb to 300mb heights and
temperatures, resulting in the potential for an expansive area of
SBCAPE of 1000-2500 J/kg. However, the northward extent of the
warm sector remains in question and may not move inland as
efficiently as suggested by current model guidance. An upstream
EML would help the warm front advance northward, but there is
little to no indication of an EML at this time. Currently, it
appears that an effective warm front could become hung up near the
I-20 corridor. A deepening surface low should track toward Middle
Tennessee and continue moving northeastward Sunday afternoon with
strong height and pressure falls occurring across Alabama. If a
quality warm sector can become established, wind profiles could
become supportive of severe storms and tornadoes as suggested by
the ECMWF. Development could occur anytime from the late morning
through the afternoon hours as the nose of a diffluent 300mb jet
overspreads the region. The ECMWF has been leading the way with
this scenario for several runs and continues to explicitly depict
multiple long-track supercells impacting Alabama as storms become
organized just ahead of the cold front during the afternoon. A
tornado threat could become maximized near any boundaries from
morning convection or near an effective warm front. This is a very
bullish idea from the ECMWF and will need to be confirmed by
other models before sounding the alarms. Forecast confidence is
low regarding critical details, but a threat for severe storms and
tornadoes will be added to the HWO.

A strong cold front will move through on Sunday night, and a very
cold airmass is expected to overspread much of the CONUS for
Monday through Wednesday. A clipper system could bring just
enough moisture and lift for light snow or ice pellets late Monday
night into early Tuesday morning, but confidence is quite low.
Temperatures are expected to be well below normal for early March
with temperatures dropping into the 20s in many locations during
the morning hours on Tuesday and Wednesday.

Matt really raised the status on this event if a couple of items fall in line. HP's are looking more likely than not at this point IMO if you favor the EC's look
M

Models appear to be converging on the EC depiction for Sunday, with both the 12Z GFS and Canadian models taking notable steps towards the Euro solution. I have some questions regarding WF placement, destabilization, storm mode (specifically whether storms can outpace the cold front/linear zone of ascent) namely.. but man the QPF depiction from the ECMWF paired with the kinematic profiles presented are hard to ignore. Gonna be interesting to see this one play out.

Should be one of a few systems that will likely bring severe through the month of March... could be an active spring in my opinion.

MetFromTheBlue said:
Models appear to be converging on the EC depiction for Sunday, with both the 12Z GFS and Canadian models taking notable steps towards the Euro solution. I have some questions regarding WF placement, destabilization, storm mode (specifically whether storms can outpace the cold front/linear zone of ascent) namely.. but man the QPF depiction from the ECMWF paired with the kinematic profiles presented are hard to ignore. Gonna be interesting to see this one play out.

Should be one of a few systems that will likely bring severe through the month of March... could be an active spring in my opinion.
Click to expand...

Welcome to TalkWeather @MetFromTheBlue!!
Got Wobble?
TalkWeather Members Do Not See This Ad - JOIN TODAY

Sounds like the Euro's timing would be 6pm and later for Atlanta taken verbatim.

Wouldn't surprise me to see them more backed locally than this at verification either.

HOWEVER, with that said, we don't want them to get much more backed than due S or very slightly E of due south. This is one of those cases where, if they get too backed, downwind rain from the anvils will start blocking and impeding inflow winds.

Crappy thermo plots here, but my goodness the wind shear at 18Z is a little scary.

I know its the 18z NAM, but the quality of that warm sector for this time of year would be bad. Clearly a very favorable environment for tornadic supercells, discrete or embedded.
Hebrews 11:1
TalkWeather Members Do Not See This Ad - JOIN TODAY

I whipped up a quick GIF to show the differences in the various solutions regarding the northward progression of the warm front. As noted earlier, one of the biggest questions is how much rainfall over the TN Valley would shunt its movement north. The Euro is pretty adamant on depicting a large rain mass, which would lead me to believe that the warm front might not make it as far north as it depicts.

I have seen this before, a this point I could see the warm front maybe getting as far north as I20, and that is a maybe. I think anywhere north of that is unlikely...but along and just south of the warm front, watch out.
You must log in or register to reply here.