On this date in 1977 a vicious F5 tornado struck the northwest side of Birmingham, Alabama killing 22 and injuring 130. The large tornado touched down four miles northwest of midtown Birmingham and moved northeast at 60 mph. Daniel Payne College was destroyed by the powerful tornado, but most of the 22 fatalities occurred in the Smithfield Estates subdivision which were completely leveled, many to the slab. The tornado also passed just northwest of Birmingham Shuttlesworth Airport, where a wind gust of 72 mph occurred as the tornado passed nearby. The monster tornado finally dissipated just east of Tarrant. 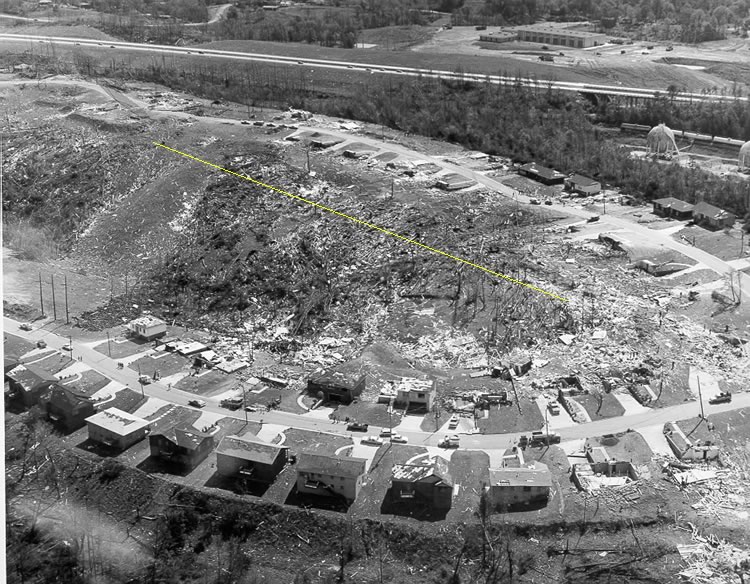 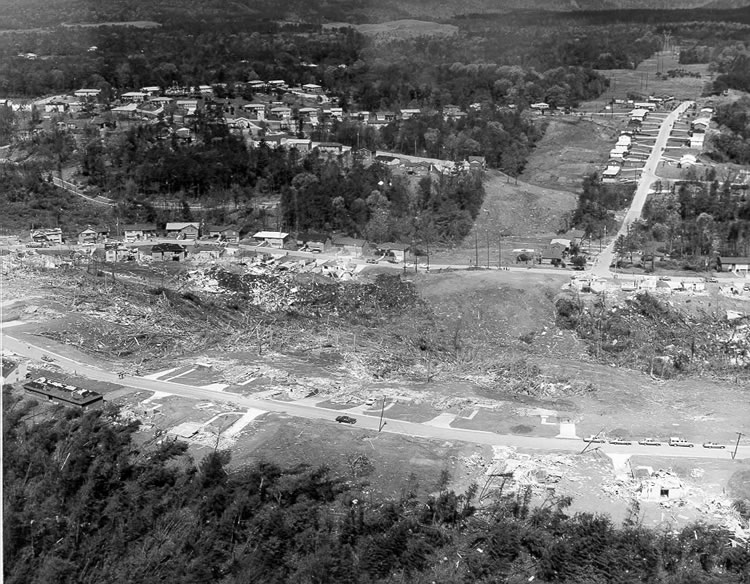 Other strong (F3) tornadoes caused fatalities near Ragland, AL, and Lindale, GA. Hail the size of grapefruit beat cattle unconscious near Cave Springs, Georgia. The severe thunderstorms formed just ahead of a mesolow that tracked from near Jackson, MS to Birmingham to north-central Georgia. 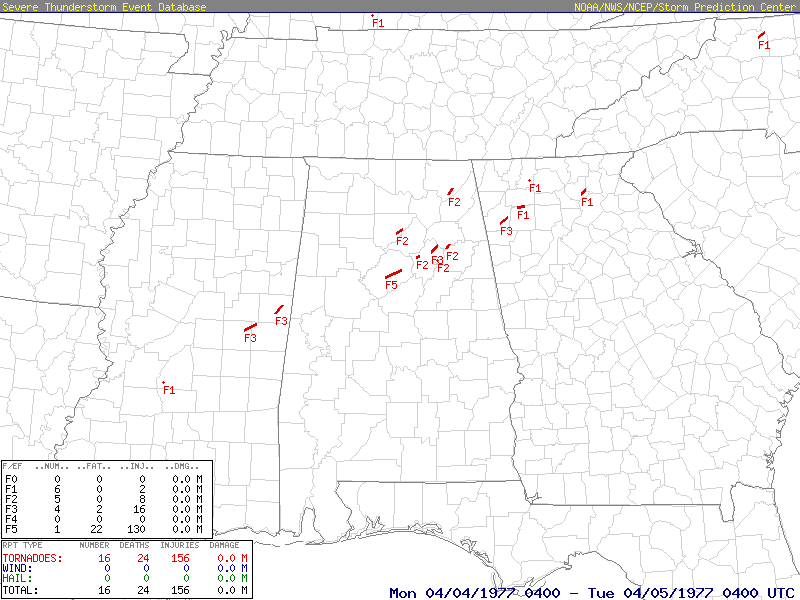 The worst disaster however in lives lost on this stormy afternoon was the weather related crash of Southern Airways flight 242. The Southern Airways DC-9 had already flown from Fort Walton Beach, Florida to Atlanta then to Muscle Shoals, Alabama. After being serviced and refueled, flight 242 took off, landing briefly at Huntsville-Decatur, then took off again on the final trip of the day from Huntsville to Atlanta, 72 onboard plus a crew of 9. The weather had been okay earlier in the day, but by early afternoon an area of extremely severe thunderstorms had developed across northern Alabama and eastern Mississippi, moving very rapidly northeast. Thunderstorm tops reached in excess of 60,000' feet, and several tornadoes had already been confirmed, as well as hail larger than baseballs.

Flying blindly into the violent thunderstorms due to having no onboard weather radar (and recieving incorrect radar info from the Atlanta FSS), the DC-9 was battered by hail larger than softballs. On the ground, cattle were beaten and killed near Cave Springs, Georgia nearby. The DC-9's windshield was cracked and both engines failed (later inspection ruled engine failure due to hail and heavy rain breaking engine rotors). As the airliner became a glider, the brave pilot and co-pilot searched desperately for a nearby airport.....for anywhere to land.

Running out of time, they attempted an emergency landing on a 2-lane highway in New Hope, Georgia (Paulding county). A wing clipped a telephone pole, the jet spun and crashed, obliterating a small country store on Spur 92 (now Ga Hwy 381), then exploding into trees near a new subdivision. At 63 of the 81 onboard the aircraft perished (including both pilots), along with 9 people on the ground (two of them lifelong friends of my grandmother) for a final toll of 72. 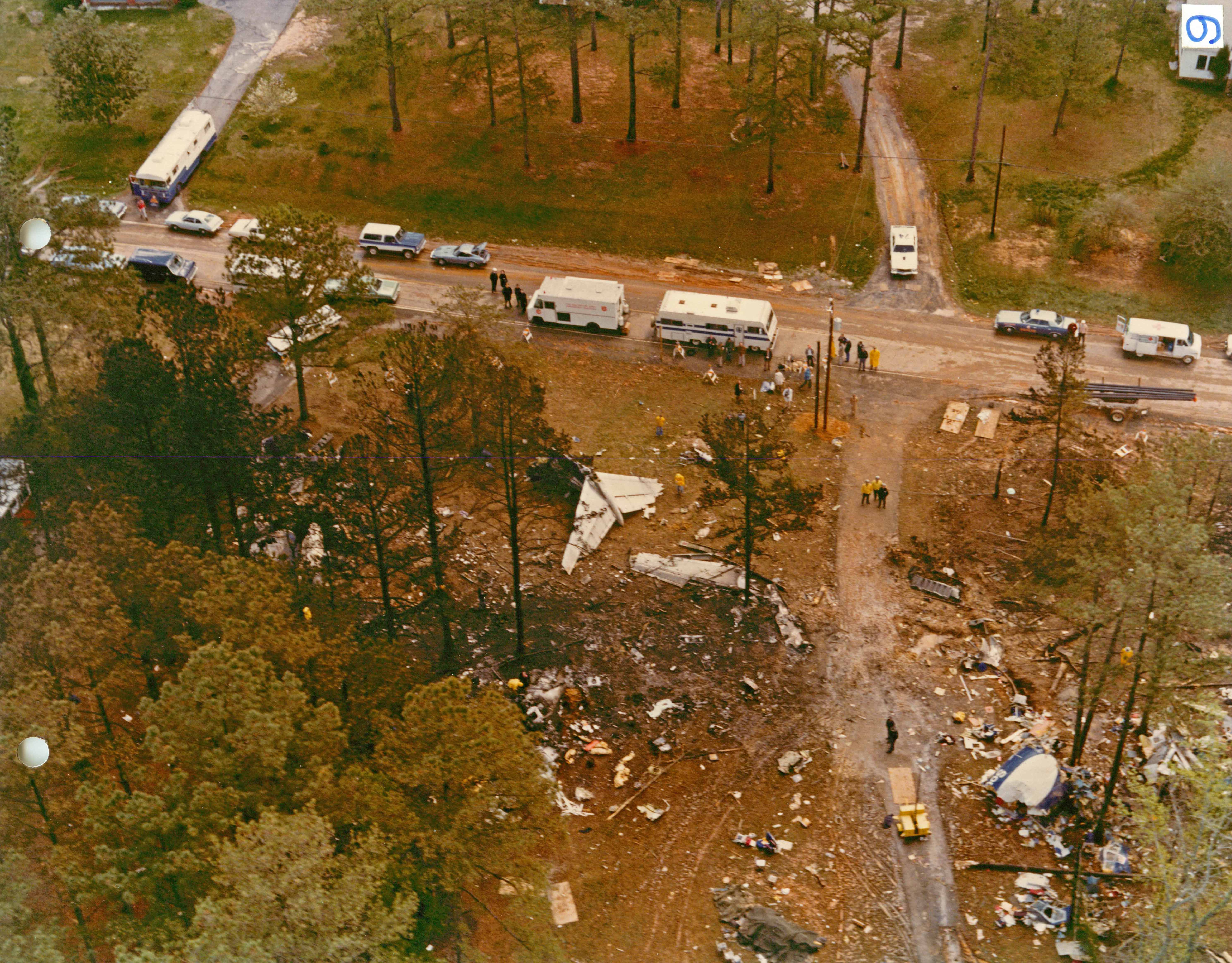 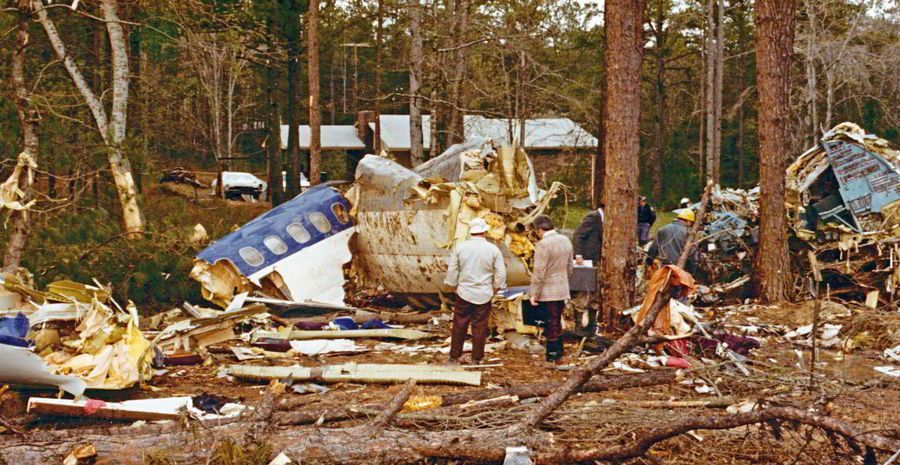 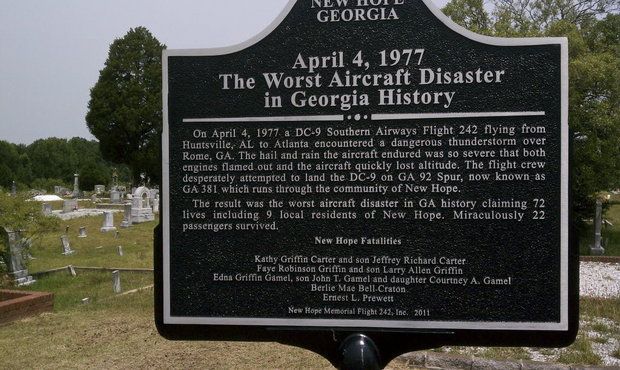 I think this event serves as the most tragic and possibly terrifying reminder of why aircraft should NEVER try to fly through severe thunderstorms...the risk from lightning might be fairly low thanks to the conductive fuselage, but large hail and microbursts can be extremely dangerous.

SilentShadow87 said:
I think this event serves as the most tragic and possibly terrifying reminder of why aircraft should NEVER try to fly through severe thunderstorms...the risk from lightning might be fairly low thanks to the conductive fuselage, but large hail and microbursts can be extremely dangerous.
Click to expand...

This tragedy brought about numerous changes to guarantee it could never happen again. Afterwords it was mandated all passenger airlines had onboard color radar, then later doppler radar......with officers trained to read them. It also resulted in changes in aircraft engines. Another mandate from this tragedy was making sure ALL airports and landing strips were mapped for pilots and air traffic controllers. On April 4, 1977 the doomed DC-9 passed very close to Cartersville's 9000 foot runway but neither the flight crew nor controllers were aware; opting instead to send the aircraft towards Dobbins AFB which they had no hope of reaching. Such a commercial US airline crash has never happened since 1977 (airliner flying into hailstorm/ both engines "drowning").........nuff said!
Last edited: Apr 4, 2017
TalkWeather Members Do Not See This Ad - JOIN TODAY
W

SilentShadow87 said:
I think this event serves as the most tragic and possibly terrifying reminder of why aircraft should NEVER try to fly through severe thunderstorms...the risk from lightning might be fairly low thanks to the conductive fuselage, but large hail and microbursts can be extremely dangerous.
Click to expand...

A lady with a lot of promise was killed in that crash. She was recording her first Muscle Shoals album. She was returning to New York after recording a single.
http://www.timesdaily.com/news/loca...cle_d8472f0f-6ce2-5619-ab5b-2d79ba2a4a13.html

Bumping this thread on its anniversary...

Red-letter weather day in AL/GA, plus a prime example of the insight Perry provided this forum for so long.

Reading this really makes me miss Perry and the amazing vast knowledge and ability to share information. Would love to hear @JP Dice take on this as well.
Got Wobble?
TalkWeather Members Do Not See This Ad - JOIN TODAY

Few days late but bumping up this thread! I miss Perry and his amazing knowledge of severe weather history!!
Skywarn Storm Spotter
Wx Geek Extraordinaire
Philippians 4:13
You must log in or register to reply here.