Trump has rescinded his endorsement of Mo Brooks.... I'm thinking he will now back Durrant.
G

Wow! That’s almost enough for me to swing my vote to Mo. HA! JK…. Go Katie

TalkWeather Members Do Not See This Ad - JOIN TODAY
G

Ghost is here to make his endorsements for Tuesday's Repub Primary in Alabama. I would like everyone to please consider...

A people that elect corrupt politicians, imposters, thieves and traitors are not victims, but accomplices. -- Unknown
G

So Katie refuses to debate Mo…. Don’t think that’s a good look for her. They will use this against her
TalkWeather Members Do Not See This Ad - JOIN TODAY

ghost said:
So Katie refuses to debate Mo…. Don’t think that’s a good look for her. They will use this against her
Click to expand...

I've been against the idea of her debating Mo, but the more I think about it the more I think she should. Let Mo show everyone how much off his rocker he has become. Also, she can attack him for his record of raising taxes with facts. Make him defend his record.
E

Without question, the massive stimulus and business welfare give aways that partially occurred under Trump, and predominately under Biden, are some of the principal factors that led us here. As is the very easy and accommodative monetary policy that Powell and the Fed allowed to (yet again) create numerous asset bubbles throughout the economy. Likewise, the war in Ukraine has had a major impact on energy prices and certain key commodities, in particular commodities associated with agriculture and food production.

There are other factors as well, but in today's extremely partisan environment even the obvious factors I listed above are largely debated as being the fault of one party or another without recognizing that both parties unquestionably share the blame. One such example is the ongoing tariffs against numerous Chinese goods that Trump instituted and that Biden has been all but too happy to keep in place lest he appear "weak" on China -- the distorted economic effects and contributions to inflation be damned.

Because the Fed is way behind the curve, the current policy they have mapped out of steady rate increases and an all too late reduction in QE and asset purchases will simply not be enough to tamp down on inflation. By late January, it was obvious that the Fed had missed their window, however, it was still technically possible for them to thread the needle and slow the economy in such a way that only a mild recession might take place.

Political, social, and policy developments since that time are such that a soft-landing is almost certainly no longer possible. A much deeper recession is very likely to occur. Asset bubbles are going to be punctured and deflated in a very painful way. Unemployment is going to rise substantially despite how strongly the jobs market has continued to appear. In fact, at this particular point in the business cycle, puncturing asset bubbles and increased job losses are a core requirement to get inflation under control.

Wildcards abound -- including the war in Ukraine and China's current COVID policy (which is actually part of a much larger brewing leadership battle about to take place in China), and the impact of those wildcards on inflation and the economy greatly depend upon factors too innumerable to list here.

Everyone should prepare for an extremely high risk of a coming downtown. If you are currently living paycheck to paycheck you need to moderate your spending and increase your savings right now. There are still plenty of voices alleging that now is an excellent time to pour money into the stock market and other assets that have been battered over the last 4 months, however, I think this is foolhardy unless you can afford to take major losses on any investments that you make.

The coming election is likely to be a bloodbath for Democrats. They have no message, and many of their policies have exacerbated or even caused the current economic environment that will almost assuredly lead to a painful recession. The unfortunate downside is that voters are likely to ignore the contributions that Trump and the GOP made to the very same economic issues that have driven us to this point.

That's not to say that the GOP is equally to blame, I don't think they are, but the current narrative and resulting election is going to fully pin the blame on Democrats and largely absolve Republicans of their share of the blame. The reason that's important is because this country is only going to learn from SOME of its mistakes instead of ALL of them. A true "ah-hah" moment by the average American that the current two-party system is an utter disaster will just have to wait. Partisanship will only increase. The opportunity for a 3rd Party has never been greater yet I'm very pessimistic the average American voter will be able to peel back the partisanship long enough to see that.

Finally, high inflation and looming economic problems couldn't come at a worse time. Our institutions, shared values, and commitment to democracy and the rule of law have been considerably eroded over the last decade or so. January 6th, violent street protests over George Floyd and other social issues, and the continued growth in intentionally targeted mass shootings are giant red flags that our train is extremely close to derailing.

We have finite and limited attention spans. Therefore, it is likely the aforementioned breakdowns in American society are not going to merit the attention they deserve when there are more concrete and visible issues like inflation that Americans are seeing in their daily life. With the can being kicked down the road, the broader societal issues are simply going to fester and build up until they again erupt in way that will be too significant to ignore. We are not prepared for that moment any more than we are prepared for the coming recession. The two issues together are potentially combustible in a way few of us want to imagine.
A people that elect corrupt politicians, imposters, thieves and traitors are not victims, but accomplices. -- Unknown

Of course he did. He wants to be able to claim that he endorsed the winner (and will brag about how he caused her to win).

maroonedinhsv said:
Of course he did. He wants to be able to claim that he endorsed the winner (and will brag about how he caused her to win).
Click to expand...

Yep. I saw a poll early yesterday that showed Britt with a big lead and I thought to myself that if Trump was ever going to endorse someone it would be now. I didn't think it would happen that fast though.

The Strong/Wardynski debate was an entertaining hour.
TalkWeather Members Do Not See This Ad - JOIN TODAY
G

maroonedinhsv said:
The Strong/Wardynski debate was an entertaining hour.
Click to expand...

I missed it... who do you think prevailed?

ghost said:
I missed it... who do you think prevailed?
Click to expand...

I don’t want to spoil it for you. You can watch it on WHNT.com here: 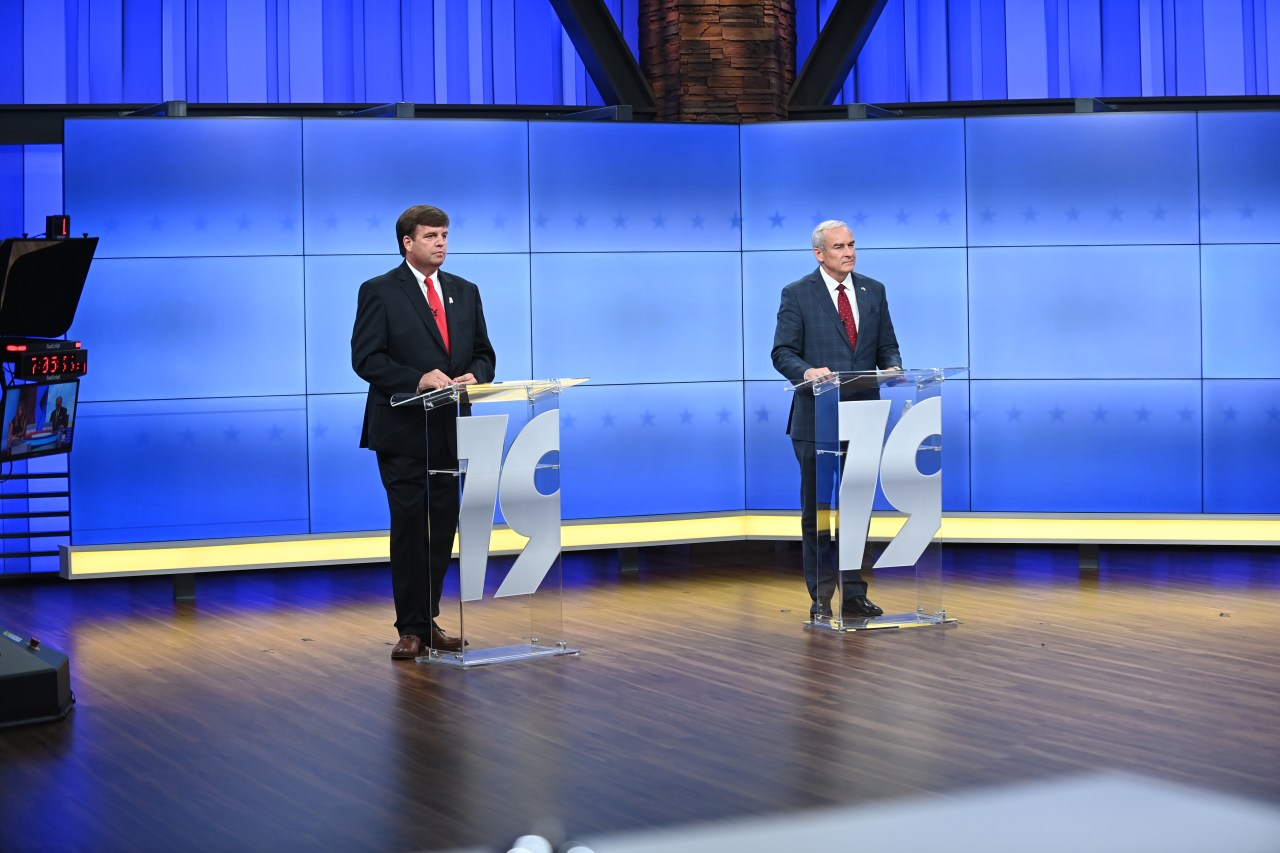 Anyone watched any of the Jan 6 Hearings? I've watched some of the testimonies not all and from what I've seen, Trump looks guilty as hell
TalkWeather Members Do Not See This Ad - JOIN TODAY

ghost said:
Anyone watched any of the Jan 6 Hearings? I've watched some of the testimonies not all and from what I've seen, Trump looks guilty as hell
Click to expand...

I've watched all of it and think they're pretty well put together. I'm no lawyer or anything but considering all the testimony so far, Trump shouldn't be allowed to be in charge of a community swimming pool.
E

Never thought this day would come! I was totally wrong about the potential for Roe to be overturned.
A people that elect corrupt politicians, imposters, thieves and traitors are not victims, but accomplices. -- Unknown

Evan said:
Never thought this day would come! I was totally wrong about the potential for Roe to be overturned.
Click to expand...

This histrionics on social media, especially Twitter, is comical.
TalkWeather Members Do Not See This Ad - JOIN TODAY

The liberal buzzword of the day is Gilead for those playing at home.

Annnnddd while I'm at it, though I'm not a big boycott guy, I've spent my last dollar at Dick's Sporting Goods