It would be interesting if Trump started a new political party and a news network. I think it would be doable for him.
G

gangstonc said:
It would be interesting if Trump started a new political party and a news network. I think it would be doable for him.
Click to expand... 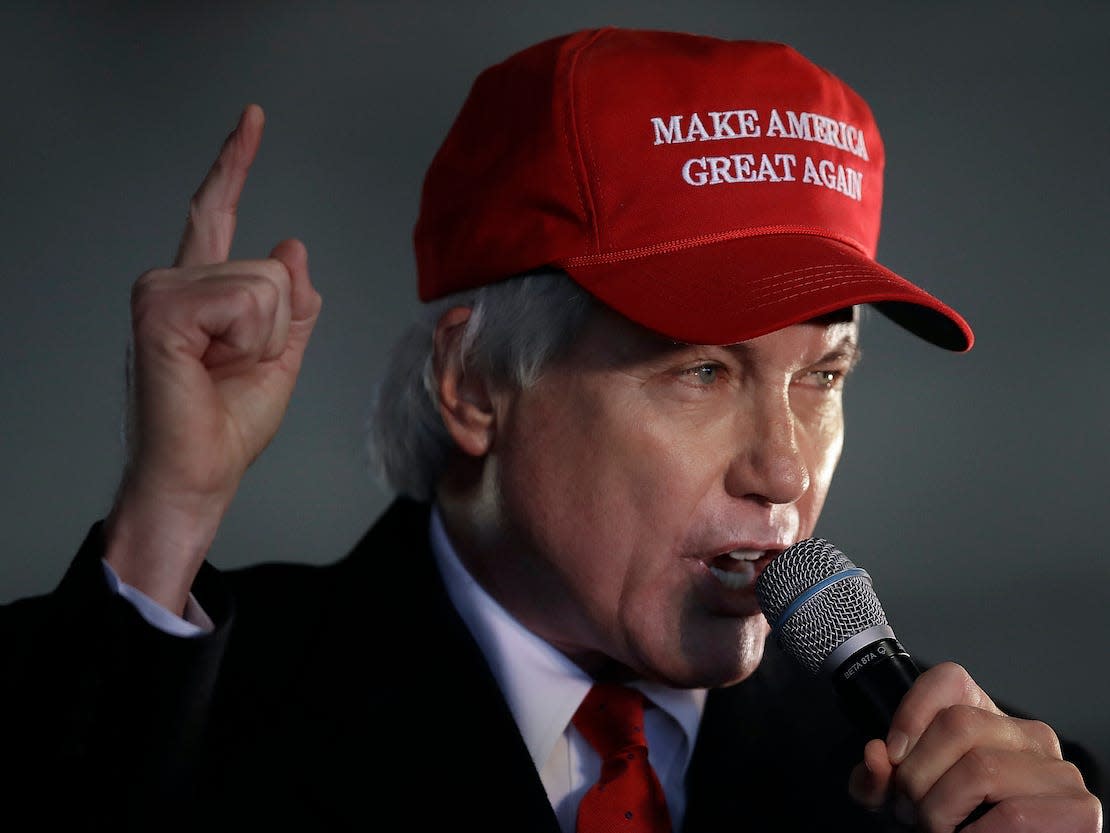 In a Twitter thread, the conservative lawyer and staunch Trump ally accused senior Republicans of helping to "steal" the election.

‘I just want to find 11,780 votes’: In extraordinary hour-long call, Trump pressures Georgia secretary of state to recalculate the vote in his favor​

I just can't believe he would have this type of call... part of me is like this must be a prank but then part of me is not shocked anymore. I don't blame the Georgia Secretary of State for releasing the call at all.
Got Wobble?
E

ghost said:
Trump and his minions have turned the Repub party into a dumpster fire

In a Twitter thread, the conservative lawyer and staunch Trump ally accused senior Republicans of helping to "steal" the election.

A good chunk of the party base and its leadership apparatus went along with nearly all of Trump's whims and power plays. They have encouraged the President to violate the Constitution, and they themselves have also directly supported Unconstitutional actions and measures.

I'm glad to see Romney, Liz Cheney, Paul Ryan, Chip Roy, Thomas Massie, and several GOP Senators issue statements and condemn what has taken place over the last few days, but it is simply not enough. The GOP is dead to me. Everything I feared about the know-nothing Palin wing of the GOP seizing power has now come to pass.

By no means am I comparing the two, but if people ever wondered how the Vichy came to collaborate with the Nazis, or how the Nazis got so many "good" Germans to engage in reprehensible behavior, the answer is before our eyes. It wasn't some unique mix of cultural factors -- it's the flawed human beings we all are. It's why the Founders setup our government to have checks and balances, and why the Constitution was setup to try to prevent naked power grabs by ambitious politicians and the like.

Our system is being tested like never before. I have no sympathy for the Kevin McCarthys, Tubervilles, or Mo Brooks of the world. They are lying scoundrels, cheats, and complete hypocrites. They deserve to be remembered in the history books as absolute fools, cons, and charlatans.
A people that elect corrupt politicians, imposters, thieves and traitors are not victims, but accomplices. -- Unknown
G

The Senate races are very close in GA and will probably go to the wire... either way...

Repubs win GA... Trump..”See I told you my election was stolen”

Dems win GA.. Trump.. “See I told you they would steal these elections too”

ghost said:
The Senate races are very close in GA and will probably go to the wire... either way...

Repubs win GA... Trump..”See I told you my election was stolen”

Dems win GA.. Trump.. “See I told you they would steal these elections too”
Click to expand...

Looks wrapped up for both Dems to me.
G

Jacob said:
Looks wrapped up for both Dems to me.
Click to expand...

It does. We will likely know for sure tomorrow.
The democrats have been claiming they can fix Covid within months. They certainly won’t be able to claim “obstructionist republicans” stopped them if the numbers hold.

Another close race, looks like the democrats will squeak it out.

Wow, who could’ve possibly seen this coming? Oh, wait... I did.

With last night's results, the most powerful senator in Washington this morning is Joe Manchin.
G

maroonedinhsv said:
Wow, who could’ve possibly seen this coming? Oh, wait... I did.
Click to expand...

So, protestors have taken control of the Capital.

StormStalker said:
So, protestors have taken control of the Capital.
Click to expand...

Is it too morbid to say I wish that the police/national guard would make an announcement that they have 20 minutes to clear the grounds, or they'll be declared enemies of the USA and taken out in body bags?

Though I recognize that would only fire up the crazy far fringe even worse.

Edit: OK probably too morbid. I just abhor rioting, and as much as I can't stand Washington, it's the last place this should be allowed to happen.
Last edited: Jan 6, 2021

I don't know how they can clear this. It's insanity.

GEEEEZ I never thought I would see anything like this. THIS IS INSANE!

Virginia sending assistance to the Capitol.

Somewhat telling story of two messages.... who is the real leader here.

Insane, I don't even have words.

I hope that during all that chaos someone on the Senate staff secured those electoral college letters.
Got Wobble?

I've seen pictures of people taking pictures of documents and in some cases taking papers.

Sen. Tammy Duckworth of Illinois just told CBS News that the certified documents were secured.
Got Wobble?
TalkWeather Members Do Not See This Ad - JOIN TODAY
You must log in or register to reply here.