Not to mention, he's probably getting hearing damage as well. Those sirens are deafening at that range.

Check out this amazing work of a photographer in Huntsville!

Today is the 30th anniversary of the deadliest tornado in world history, which killed 1,300 people in Daulatpur and Saturia, Bangladesh on this day in 1989.

warneagle said:
Today is the 30th anniversary of the deadliest tornado in world history, which killed 1,300 people in Daulatpur and Saturia, Bangladesh on this day in 1989.
Click to expand...

I didn't realize that we had a memorial on the Crimson Promenade for the 6 students lost in the tornado. Looking at my FB memories, and of course, the 4/27 posts popped up. I went outside and took this picture after the worst had passed over us and moved into Alabama. The clouds were still scary! That’s a type of day I don’t care to live through ever again. We had F-4s & F-5s all around us (Smithville, Philadelphia, and Tuscaloosa).

Jackson NWS is looking for student interns for the summer.

Today is the 20th anniversary of the Moore,Ok F5.
A

Do you think today's heavy rain and super muddy track played a role in the controversial ending of today's Kentucky Derby?

akt1985 said:
Do you think today's heavy rain and super muddy track played a role in the controversial ending of today's Kentucky Derby?
Click to expand...

I do personally. I can't imagine those conditions not causing misfooting and ect.

Meanwhile in Albertville, AL today Tornado Sirens went off for 45 minutes today. Local EMA reports it was due to a power surge but that just seems weird that all the sirens would activate as a failsafe for an outage at the control point. Wondering if it was a hacking similar to what happened in Texas a few weeks ago.
Got Wobble?

It's really sick to hack tornado sirens. This whole "interconnected world" thing is not working out as well as one hoped for back in the 90s.

Anyway, this is totally unrelated, but I got on to share a surprise I received today - perhaps everybody else knows this but I didn't.

While trying to figure out how the European wildcat survived the last ice age, I learned from this paper that SSTs in the subtropical ocean gyres and the western Pacific may have been close to their modern normal during the last glacial maximum some 22,000 years ago, or even warmer!

The North Atlantic, of course, next to all that ice, was a different story. Still, how could Earth go through a major ice age (no oscillations around the LGM, they say) and only show regional effects in the oceans? Well, that's a 2001 paper - busy trying to see, in a very general way, if that's still considered valid. If it is, makes you wonder what the world's tropical cyclone seasons and other extreme weather events were like: reduced or worse?
---
Please visit my earth science blog!

First time I’m hearing about this. 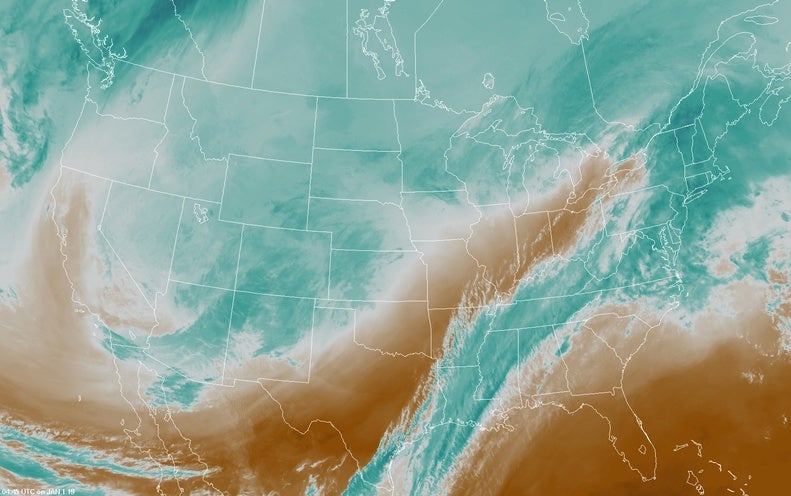 I highly doubt the FCC would delay auctioning off rights to those frequencies either.

Does not apply to the dry southeast

Sounds like weather was a major factor of a helicopter crash on the top of a high-rise in Manhattan at 51st and 7th Ave. Reports on local news reports the ceiling dropped quickly within a matter of minutes to less than 500 feet. Only one death that appears to the be the pilot.
Got Wobble?

Dunno who all else uses it but Android Radarscope updated and now Australia is included in the available radar sites, AND super-res dual pool products are included for US sites. Pretty cool for a $10 yearly app. Can't wait to use the former during next cyclone season this winter, and the latter has already proved useful today in Indiana.
You must log in or register to reply here.
Share:
Twitter Reddit Pinterest Email Link