Who else is extremely excited/interested in Ultima Thule and the New Horizons fly by?
The new images of the double lobes are immensely fascinating.

Welcome to our Space Thread. I've noticed that quite a few of us are space fans and let's face it things like satellite launches play an important role in meteorology science. For now, we will keep it at a thread and if it becomes popular we will give it a sub-forum of its own.
Got Wobble?

KoD said:
Who else is extremely excited/interested in Ultima Thule and the New Horizons fly by?
The new images of the double lobes are immensely fascinating.
Click to expand...

Me! I was listening to an interview and the fact they were able to even come this close to Ultima Thule was pretty amazing. Glad someone was good at math. Looking forward to seeing more data and pictures soon.

Meanwhile, on the far-side of the moon, looks like China Jade Rabbit 2 is on the move.

Got Wobble?
TalkWeather Members Do Not See This Ad - JOIN TODAY

SpaceX is preparing to launch a demo of the Dragon Crew Capsule from pad 39-A. I think it’s set for about 2 weeks out but it will probably be a little later. They’re also moving boosters for another Falcon Heavy launch.

Incredible that we sent a satellite 4 billion miles through space at 37,000 miles per hour, and met up with this moving object ... after 13 years ... and in a narrow window, observed, analyzed and photographed it as intended. I can't imagine the mathematics...

I don't know if you saw the image processing credit for that photo, but it was Brian May.

Yes, that Brian May.
TalkWeather Members Do Not See This Ad - JOIN TODAY

warneagle said:
I don't know if you saw the image processing credit for that photo, but it was Brian May.

I didn't!
THE Brian May? 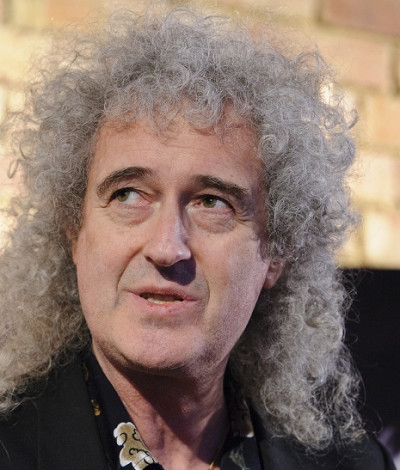 Yep! He has a Ph.D. in astrophysics.

warneagle said:
Yep! He has a Ph.D. in astrophysics.
Click to expand...

Yup. He even has a new song about New Horizons...

Meanwhile in Florida, Elon has the newest thrill attraction in town....

A giant test fuel tank for NASA’s Space Launch System has been tied up beside the Tennessee River this week waiting to be unloaded, but don’t blame the government shutdown. This one’s on the river.

“The river level’s too high,” NASA contractor Marc Verhage said Friday. Verhage is a former NASA employee who is now a senior vice president with the aerospace engineering company TriVector Services, Inc. The company is handling the tank’s move to a test stand at NASA’s Marshall Space Flight Center in Huntsville, Ala.

The Tennessee River is swollen from heavy rains across the South in recent weeks, and crews can’t unload the tank until the water drops where the tank will leave its transport barge. “There’s security and the tug (team) manning it,” Verhage said of the interim.
Click to expand...

SpaceX is targeting Friday, January 11 for the launch of 10 Iridium NEXT satellites from Space Launch Complex 4E (SLC-4E) at Vandenberg Air Force Base in California. This is the eighth and final set of satellites in a series of 75 total satellites that SpaceX will launch for Iridium’s next-generation global satellite constellation, Iridium NEXT. The instantaneous launch opportunity is at 7:31 a.m. PST (9:31am CST) , or 15:31 UTC, and the satellites will begin deployment approximately an hour after launch. Falcon 9’s first stage for the Iridium-8 mission previously supported the Telstar 18 VANTAGE mission in September 2018. Following stage separation, SpaceX will attempt to land Falcon 9’s first stage on the “Just Read the Instructions” droneship, which will be stationed in the Pacific Ocean.


From SpaceX
Got Wobble?
TalkWeather Members Do Not See This Ad - JOIN TODAY

As expected, SpaceX has moved their target launch of the crew dragon demo back to February. I also saw where they were laying off 10% of their employees.

StormStalker said:
As expected, SpaceX has moved their target launch of the crew dragon demo back to February. I also saw where they were laying off 10% of their employees.
Click to expand...

A bit more information from Bloomberg. 577 employees mostly at their HQ in Hawthorne, CA. They were notified after the Iridium 8 launch and employees were sent home early and told to watch their personal e-mail.
The cause is reported as a slower launch schedule in 2019.

Incredible that we sent a satellite 4 billion miles through space at 37,000 miles per hour, and met up with this moving object ... after 13 years ... and in a narrow window, observed, analyzed and photographed it as intended. I can't imagine the mathematics...
Click to expand...

It's just amazing that we can see such old, old Solar System material!

Alan Stern said on one of the NASA YouTube updates just before the encounter that they detected Ultima Thule using New Horizons' cameras--it wasn't visible from Earth, so that's a first, too.

Brian May has apparently become one of the go-to people for stereoscopic images of small solar system objects that you have parked your vehicle at or driven by. He did some images for the Rosetta comet encounter, as well as Hayabusa's asteroid, Ryugu (first spacecraft touchdown there is scheduled for February 18th, with a backup in March if that doesn't go well on the boulder-strewn asteroid). That adds a whole new dimension to watching Queen videos, but it makes sense, too, when you think about all those complex interweaving melodies in many of their songs. As a scientist, he told an interviewer once that music and physics are both mathematical.
---
Please visit my earth science blog!

And let's not forget the OSIRIS-REx mission and Bennu!

And in other SpaceX news, they are moving booster and Mars related work to Texas.

https://www.latimes.com/business/la-fi-spacex-port-of-la-20190116-story.html
Got Wobble?
TalkWeather Members Do Not See This Ad - JOIN TODAY

Blue Origin, the rocket company owned by the soon to be divorced and significantly less wealthy Amazon founder Jeff Bezos, is ready to break ground on Friday for their new rocket engine facility in Huntsville. I have a friend that works for Blue Origin in Washington State and really loves the company. They will be producing engines using their advanced skills in 3d printing with alloys for ULA's rocket plant in Decatur.

Blue Origin also celebrated a successful 10th launch and landing of their New Shepard rocket and capsule earlier this week.

SpaceX has applied for an FCC (yeah FCC not FAA) permits to conduct a launch of the Falcon Heavy and the landing of all three boosters (2 on land and one at sea) no earlier than March 7. Operations are to support the 6 ton Arabsat 6A satellite deployment.
Got Wobble?
You must log in or register to reply here.