Spotted this story in my feed this morning. Looks like Askja is causing some concern in Iceland and across the European continent.

Hundreds of earthquakes have rocked the Icelandic Askja volcano which is situated in the eastern volcanic belt. There have been more than 550 earthquakes so far, the highest with magnitudes 3.2 and 3.4, felt by local residents. If it were to erupt, the ash cloud would be carried directly over western Europe before circulating back over into central Europe and up to Scandinavia, according to severe weather Europe.
Click to expand... 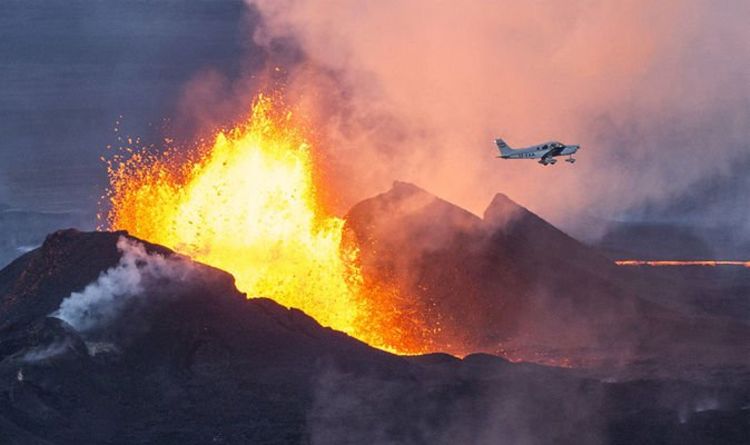 EUROPE is under threat of a volcano in Iceland erupting causing a huge ash cloud to swamp the entire continent and enormous disruption to millions.

That may just be tabloid journalism. Every story like this is usually the same, but the volcano might instead be named Katla or Hekla or Krafla -- and then nothing happens.

Iceland volcanoes are very active, very confusing for those of us who aren't from the country or volcanologists, and as we've seen in the last decade they can be both dangerous and a nuisance. They are extremely well monitored, and it's those sources that give reliable information.

Gonna lay what hopefully are some good information links down:

I've been following Askja's swarm here It's intense but could just be tectonic, per Jón Frímann, though he's not an official source. The Iceland Met Office does have all volcanoes at Aviation Code Green. (Like Japan, Iceland combines its meteorology and geological hazard offices.)

They had raised Askja to yellow back in 2014 -- it could indeed be the next Icelandic volcano to go off, since it's close to Bardarbunga, another volcano in this fissure zone, which erupted in 2014 -- but they lowered it again as the seismicity back then waned.

Also volcanologist Eric Klemetti would probably mention Askja at his current blog, if anything were likely. He hasn't, yet. However, London VAAC did an Askja exercise earlier this month.

Mr. Frímann is interesting. I don't who he is, but he isn't a volcanologist and instead appears to be the volcanophile equivalent of a very knowledgeable amateur who keeps a state-of-the-art weather station in the back yard. Frímann, instead, builds a seismic network in Iceland -- must be nice!

I follow him to help understand what's going on in Iceland because he held his own in online detailed discussions at Dr. Klemetti's old blogs when other volcanoes erupted (Eyjafjallajokull in 2010 and Bardarbunga in 2014). But I rely more on information from the Iceland Met office and Dr. Klemetti.
---
Please visit my earth science blog!
You must log in or register to reply here.
Share:
Twitter Reddit Pinterest Email Share Link