Very brief tornado SW of Jemison, not much of a couplet but visible on CC for a few frames

Jacob said:
BMX going with a SVR instead of a TOR. That's an awfully strong circulation to drop the TOR. Guess they'll go with a SVR unless we get a TDS.
Click to expand...

Ultimately it appears it was the correct decision

Ironically looks like the touchdowns tonight were south and west of the radar, as opposed to the extremely strong (but broad) spin noted in N Tuscaloosa/S Walker; QLCS events are decidedly not fun to warn for

Fred Gossage said:
I still think there are potential problems with messy convection because of widespread initiation, the potential for a rapid blowup of convection in Louisiana and central/south Mississippi as the stuff in the Delta to the Memphis area is trying to form that may cause issues with the low-level jet, and also the caveat we've had all along... deep-layer shear possibly not being strong enough to organize convection until after things get messy. If the deep-layer shear magnitude is not strong enough to favor supercells before the convection initiates or while it's still very isolated at the beginning of the event, then convection will end up being very messy with unorganized, short-lived updrafts... and that may open the door for this to turn into a big, rainy grunge-fest so that even the prefrontal QLCS underperforms. I'm not really to turn my back on the thing, but I am HIGHLY unconvinced in something higher-end happening later today, even with just one or two storms.
Click to expand...

You were dead on Fred. I was too aggressive with deep layer shear being more prominent. I noticed the liner aspect when I woke up around 2:30 PM yesterday and saw as such.
Last edited: Apr 14, 2022

I mean, looking back at the setup on Tuesday morning, we were looking at a semi-discrete mode with what appeared to be two rounds of potential tornadoes in both the warm sector and the MCS on the cold front. Everybody was sleeping on it due to the hype of the IA setup, but by the time it got picked up, it was already downtrending.

In hindsight, that forecast with prefrontal semi-discretes and a QLCS on the cold front was never all that realistic in my opinion.

As always, the inevitable weakening QLCS tornado spam in central AL did happen - so far we got an eighteen mile long (!) EF1 and an EF0 that pretty much followed in the damage path of a stronger tornado from 2/3 with yet more surveying to go; it has been a highly prolific early season...

No shocker there with the very impressive shear. Tornado watch up now.

That thing has an extremely intense hail core.

Memphis radar is picking it up a little better. Debris signature in CC. 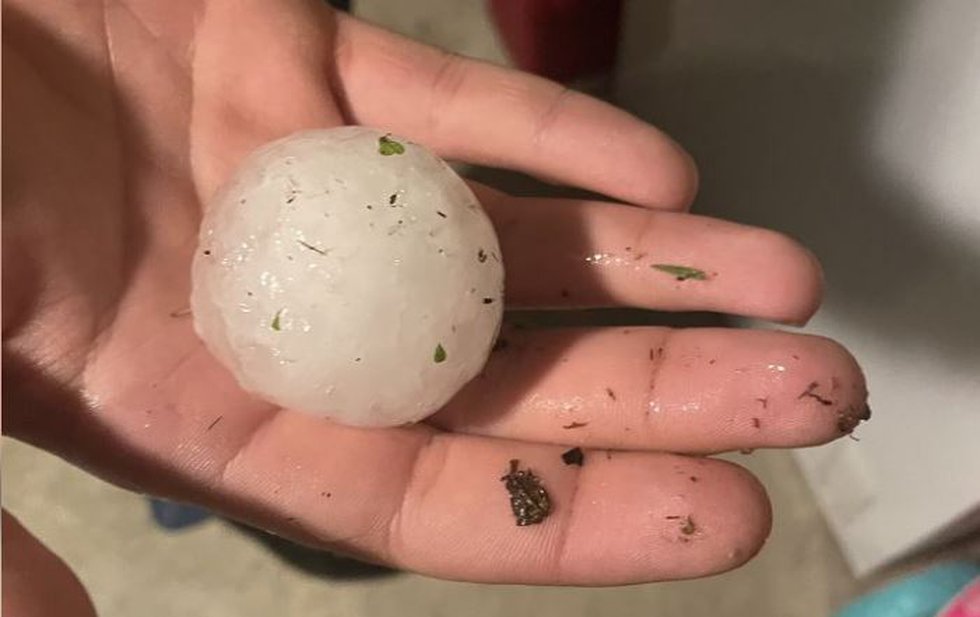 A viewer in Cherokee Village told Region 8 News the front of his home is gone, cars are crushed and there’s softball-sized hail.

their camera from walnut ridge shows a huge meso low to the ground. they also have a storm chaser on the ground reporting power flashes.

A tornado emergency on a slight risk day. Who would have thought?

Gonna be a really close call for Walnut Ridge if not a direct hit.

LOL there was a brief 80dbz on radar scan. Good hail!
TalkWeather Members Do Not See This Ad - JOIN TODAY
You must log in or register to reply here.