Reports of cars overturned on Highway 67.

KAIT in Jonesboro is taking shelter from this storm. 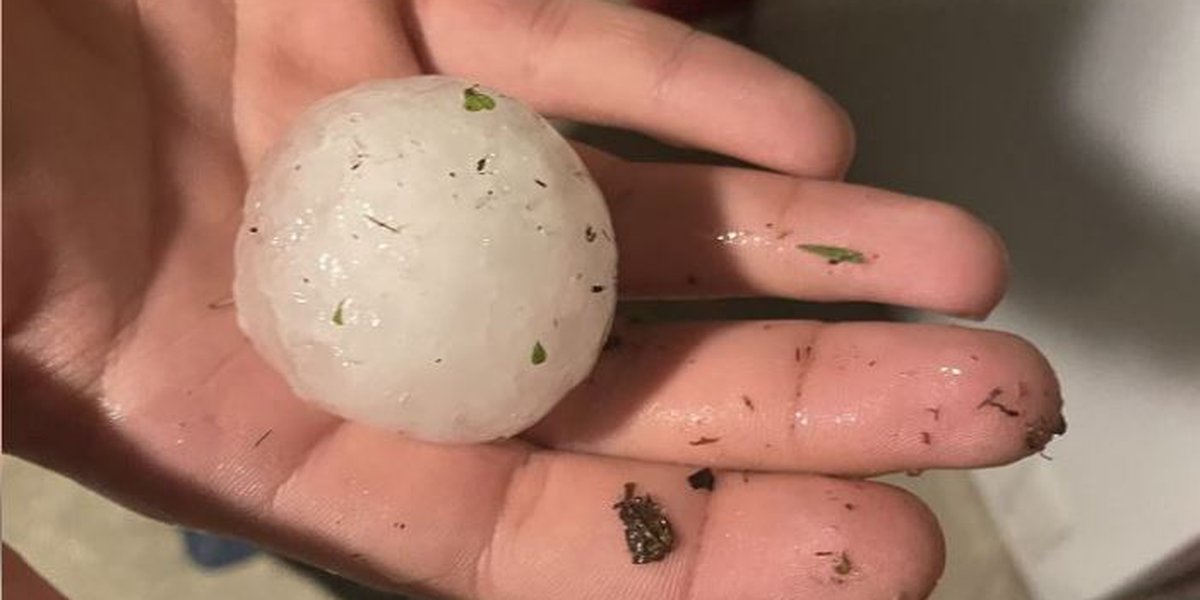 A viewer in Cherokee Village told Region 8 News the front of his home is gone, cars are crushed and there’s softball-sized hail.

That's a reflectivity you don't see every day.... Or almost ever.
TalkWeather Members Do Not See This Ad - JOIN TODAY

KAIT reports they're heading for shelter. Turned the live broadcast over to their chaser which is something I haven't seen.

Wasn't expecting this tonight!
TalkWeather Members Do Not See This Ad - JOIN TODAY

Monette is in the path of this thing too. They were hit by the 2021 tri-state back in December.

Huge hail core outside of tornado warning and there is no warning for it.

Got some real questions about the tornado emergency, much like the recent Mayflower event, which ended up only being an EF1.

Lots of conflicting reports and little in the way of confirmed significant damage at the moment - this will definitely be a case study. Morning will tell hopefully. Lots of crazy wind driven hail damage though either way, this cell meant serious business with widespread 3-4" hail and downbursts

Probably some trees down along this path, consistent slow traffic

Well like you have said before that some tornado signatures look really menacing but do more bark than bite.
TalkWeather Members Do Not See This Ad - JOIN TODAY

Shakespeare 2016 said:
Well like you have said before that some tornado signatures look really menacing but do more bark than bite.
Click to expand...

Yeah. Sometimes the opposite of that is also true though.
S

buckeye05 said:
Yeah. Sometimes the opposite of that is also true though.
Click to expand...

Didn't the Cookeville March 3, 2020 tornado signature not look very impressive? It did at least like mid to high-end EF4 damage.

If a significant tornado happened, it would be in the very rural areas north of Hwy 412 where there's still consistent traffic slowdowns, but the lack of major reports this far in definitely makes me think populated areas mainly dealt with severe hail and downburst damage; we'd know by now if a big wedge had hit a populated area imo. The report of flipped vehicles on Hwy 67 just N of Walnut Ridge lines up very well with that path of traffic slowdowns but the reports of light structural damage does not line up with it and is probably straight line wind related
TalkWeather Members Do Not See This Ad - JOIN TODAY

DISCUSSION...The latest high-resolution radar imagery from Fort
Smith, Arkansas shows a couple of strong to severe thunderstorms in
far eastern Oklahoma. These storms are located along and to the east
of a northeast-to-southwest frontal boundary. To the southeast of
the boundary, a moist and unstable air mass is present with surface
dewpoints in the lower to mid 60s F, and MLCAPE estimated to be in
the 1000 to 1500 J/kg range. Thunderstorms have remained isolated,
mainly due to a lack of large-scale ascent. However, water vapor
imagery suggests that a subtle shortwave trough is located in
north-central Oklahoma. Some models move a vorticity max
east-southeastward into the Ozarks tonight, which would result in a
gradual increase of convective coverage. In addition to the
instability, 0-6 km shear is strong from eastern Oklahoma into
western Arkansas, where the Fort Smith WSR-88D VWP has 50 to 55 kt
of 0-6 km shear. This combined with steep mid-level lapse rates will
support a severe threat with storms that that remain organized.
Isolated large hail and strong wind gusts will be the primary
threats.

So as I suspected, it sounds like the large wedge tornado report from last night near Jonesboro, AR was a false report. No tornado or tornado damage has even been confirmed yet. I have to say, I'm starting to get annoyed with the increasingly lax, uncritical approach to issuing tornado emergencies. It was a very HP supercell at night with low visibility, did not have a classic presentation, did not have a strong couplet, and did not produce any definite CC drops. All that should have been enough to make the NWS employees wary about issuing a tornado emergency and question the storm report, especially after the very similar false alarm near Mayflower, AR just days earlier. I'm not a meteorologist, and I could even tell that last night's cell did not look like a significant tornado producer. Also, I think false alarm tornado emergencies are MUCH more detrimental to the public's trust in the warning system, and this was the second false alarm tornado emergency in Arkansas in very short period of time, so that should be a wakeup call. There was a time where tornado emergencies almost certainly meant that a historic event was in progress, but they no longer have the impact or significance that they used to, since so many end up producing nothing that justified a tornado emergency.
Last edited: Apr 16, 2022

So they issued a tornado emergency for straight line winds and hail? Sounds like tripping over a rock that you can’t see.
S