A couple of maps I created using official SPC Tornado Death statistics. The first map is the total number of tornado deaths by state from 1950 thru 2016 (a 67 year period of record). In 1950, technology for detecting tornadoes and warning the public was primitive when compared to today.

For example, the NOAA Weather Radio network didn't become operational until the mid-1970's. Many tornado-prone areas were not covered by weather radars until the late 1960's, and the Skywarn storm spotting network was not organized until 1971. Before 1980, many tornadoes struck without warning, especially those occurring at night. 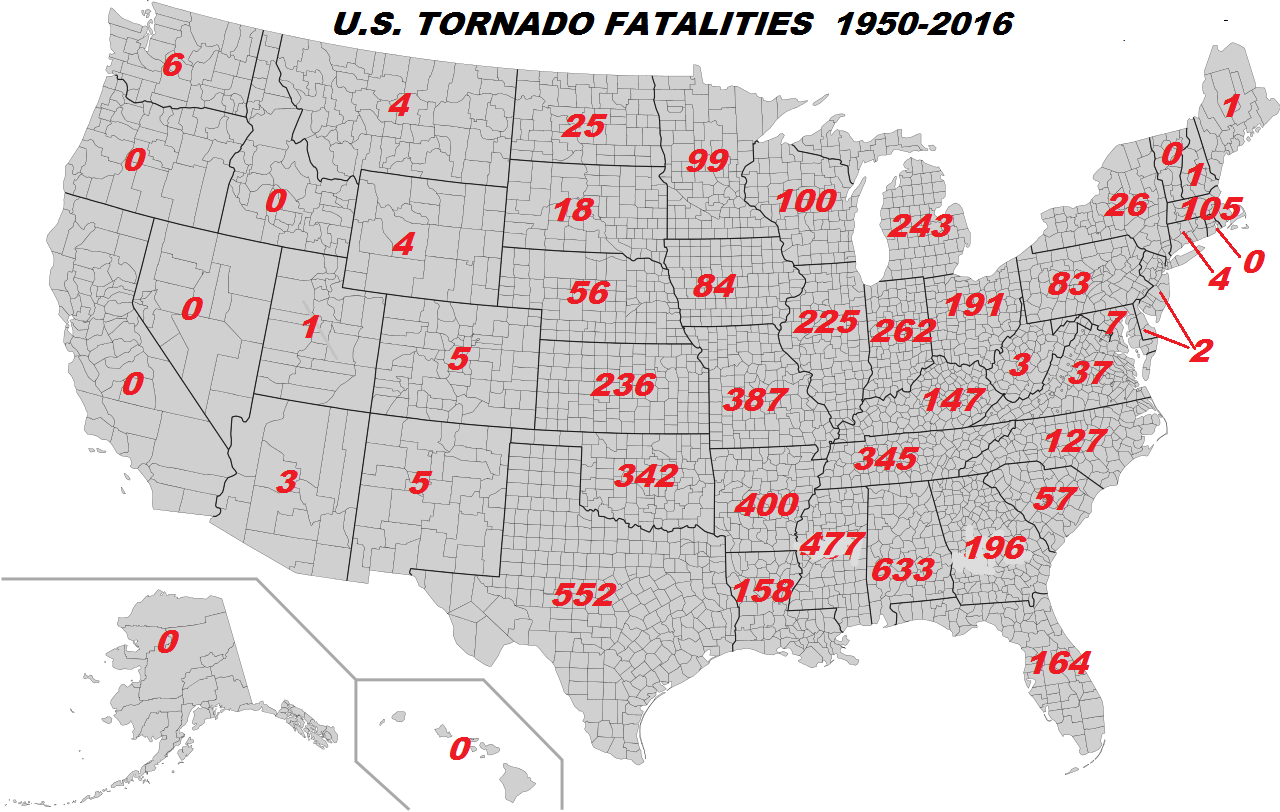 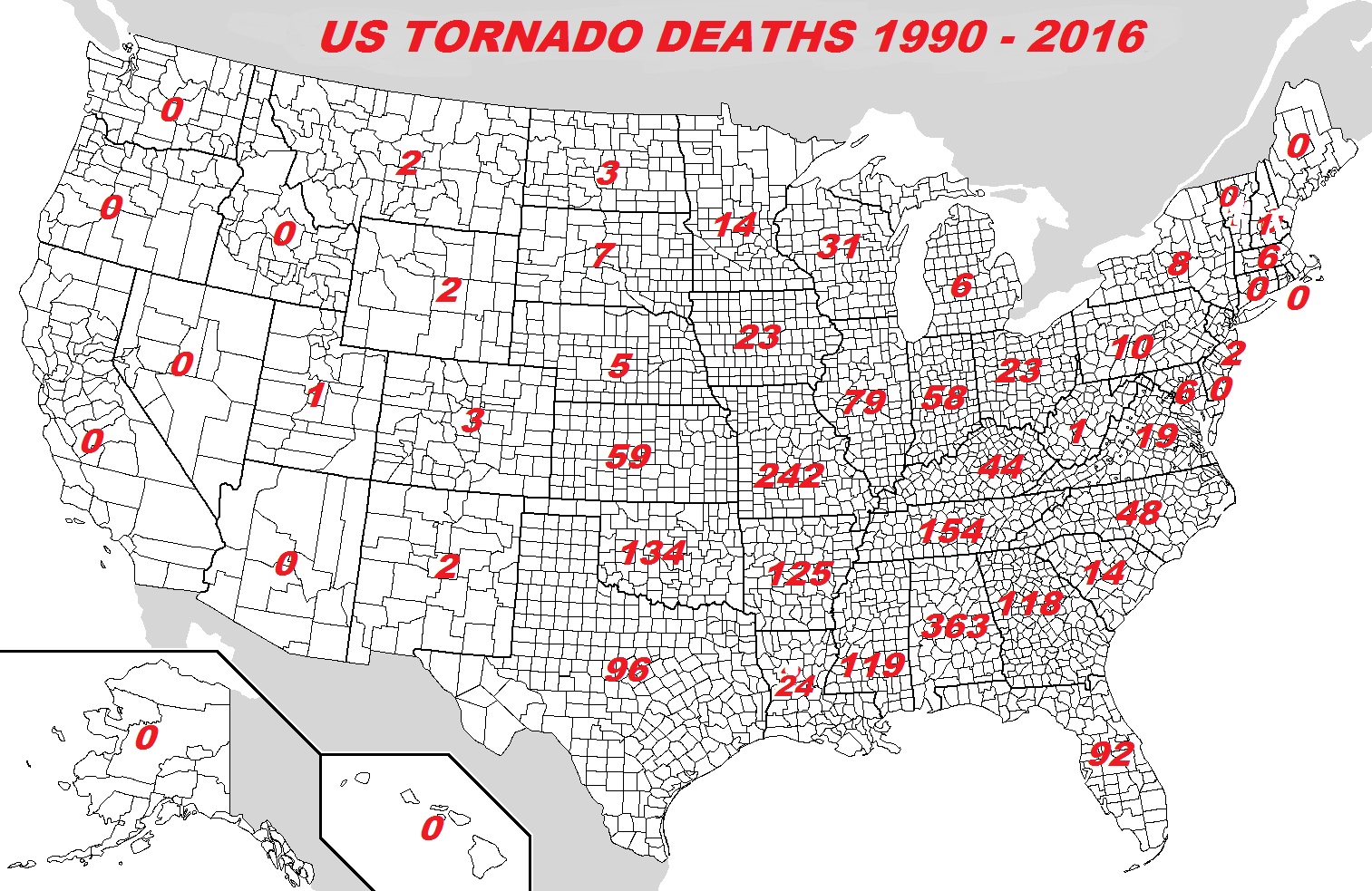 Interesting as well. Alabama seems to be the hot spot.

kivey2969 said:
Interesting as well. Alabama seems to be the hot spot.
Click to expand...

That's one statistic in which I wish we could be like the Cleveland Browns. Last.

Winds of spring said:
That's one statistic in which I wish we could be like the Cleveland Browns. Last.
Click to expand...