A thread for the severe weather threat at the end of this week.
K

Taylor Campbell said:
A thread for the severe weather threat at the end of this week.
Click to expand...

You beat me to it lol

I know I'm just an arm chair weather guy but it looks like you might have to expand the dates or make two more for the first week of January.

It looks like there might be several winter storms next month as well.
TalkWeather Members Do Not See This Ad - JOIN TODAY

Right now on the GFS this trough does not look like a classic pattern for a tornado outbreak. Strongly amped, meridional flow with a not-very-wide wavelength. Still would likely support some severe weather as depicted, and of course it could always trend in the other direction as it gets closer.

I think any threat during the timeframe of this thread (Friday into the weekend) would probably be near the coast and lower-end. Quality instability won't make it too far inland with this one. The next one, scheduled around next Monday or Tuesday and would soon require another thread because it's a completely separate synoptic system, may have a better shot... with a shortwave and surface low that are shifted farther northwest and the potential for a warm sector that gets farther inland. And then, it's just beyond the Euro range, but the GFS and its ensembles have been steadily hinting that the system to really watch may be the third one in the line up... toward the 5th-6th... before we have the potential to switch back to colder temperatures in the eastern United States.

I would let any talk for the 3rd system (the 5th-6th) stay in the Severe Weather 2023 thread until we get better consistency, but the SPC is already hinting at potential for severe with the system early next week (Monday the 2nd into Tuesday the 3rd). That one might require another thread soon if model consistency remains. Like CheeselandSkies mentioned above though, mid-level flow and trough orientation are pretty meridional. That should limit things to something more linear in storm mode, unless things trend lower amplitude, which is certainly possible. We would still have to watch it even if not, though, because the glancing blow type nature of the trough might mean at least some window open for discrete potential south of I-40.... but plenty of time to figure that out in the days ahead.

I'm also reasonably certain we can trim back the end date on this thread to December 31st. The entire surface reflection of the synoptic storm system is off the East Coast by 12z Sunday.
Fred Gossage
Chief Weather Dude
Tennessee Valley Weather

Fred Gossage said:
Like CheeselandSkies mentioned above though, mid-level flow and trough orientation are pretty meridional.
Click to expand...

I learned that from you, Fred!

A little over topic but I would love to get a day in weather history thread going.

Not a word all day…. 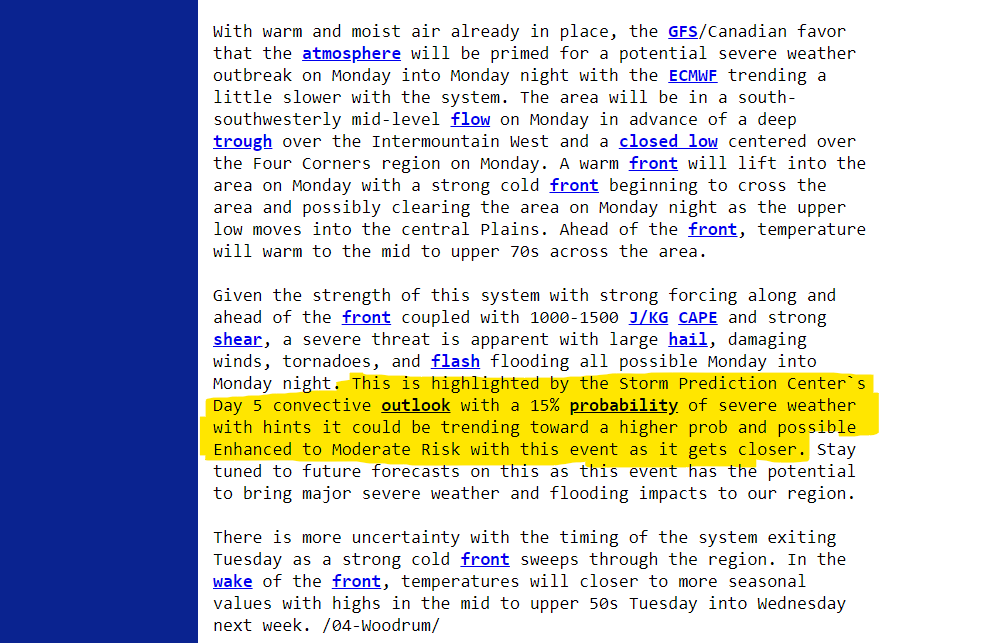 Wow! That's very interesting but I can definitely see it.
K

By the way, there is a separate thread for this event

I guess this hasn’t been very eventful today?

A few reports of trees down in a few locations; other than that, it has been quiet.
James Bishop- Storm Chaser/Social Media Guy
North Mississippi Storm Chasers and Spotters
*NMSCAS Facebook: www.facebook.com/NorthMississippiStormChasers/
*NMSCAS Online: http://www.nmsas.org
*NMSCAS Twitter: @NMSCAS
K

A few reports of trees down in a few locations; other than that, it has been quiet.