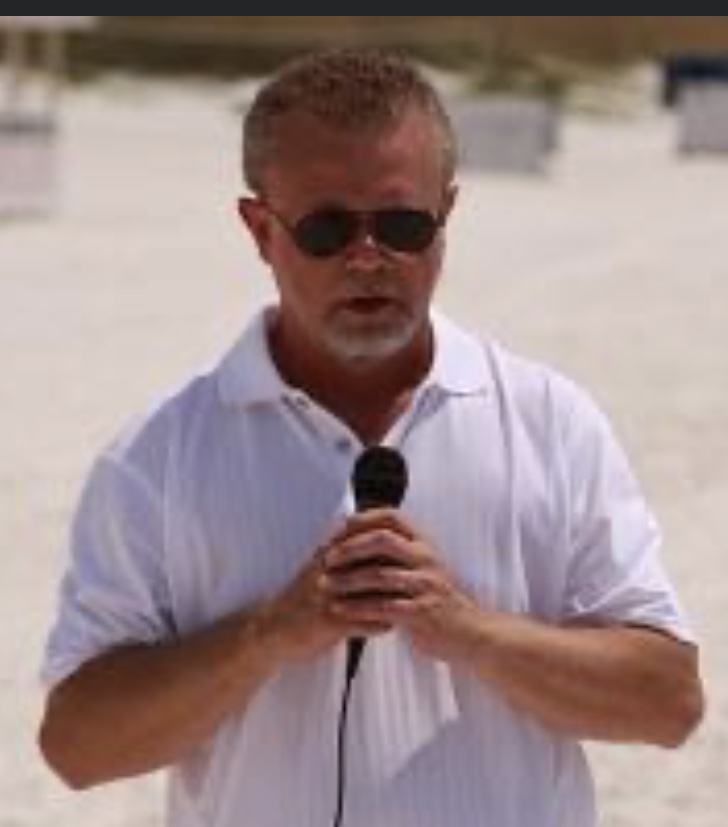 Jack was born September 10, 1961, in Baltimore, MD, and joined the United States Marine Corps while still in high school. During his eight years serving with the Marines, Jack was trained in avionics. While at his final duty station at Cherry Point Air Station, NC, he proposed to his future wife, Bette Wilhelm. Jack and Bette were married on September 9th, 1989, renewing their vows on their 20th anniversary, and celebrating 31 years together on September 9, 2020.

Jack started singing as a child in a school choir and enjoyed sharing his joy of singing with family and friends. He lovingly sang at the wedding of his niece Lori and Frank Grant which took place on his and Bette’s 20th wedding anniversary. To honor his mother in law, Jack sang Ave Marie, a favorite of hers, at her memorial service.

After his service with the Marines, Jack transitioned his electronics experience to a position with Professional Electronics that spanned 25 years. Working side by side with his loving wife Bette for 23 of those years, Jack never missed a day of work except for vacations. Jack and Bette then moved to Alabama and started their own business, Sempertronics. Jack and Bette later fulfilled a dream of living on the Gulf Coast and relocated to Panama City Beach, Florida. An avid weather watcher, Jack became involved with and later the administration of TalkWeather.com, where he was beloved by the staff and members and is heralded with the sustained operation of the site during major weather events.

TalkWeather has created a GoFundMe to assist Bette with ongoing expenses, more information can be found at
https://www.gofundme.com/f/29sg5yrd...heet&utm_medium=copy_link&utm_source=customer

This is breaking my heart, especially for Bette. Fly high Jack. Thank you for everything from all of us. Rest in peace until we meet again.

One of the most kindest men I’ve ever known!! He loved his sweet Bette, singing and was the official grillmaster of our forum meetings!!
Skywarn Storm Spotter
Wx Geek Extraordinaire
Philippians 4:13

I am so sad to hear this news. My thoughts and prayers are with his family, and with all who loved him. We, the people of Talkweather, owe him so much, and he will be sorely missed. :'-(

That's tragic to hear, my condolences to his family, friends and those impacted by this sad loss.

I had saw on facebook recently that he was sick but didn't know to what extent. Prayers for family and friends.

So sad and a bit of a shock. Last I had seen he was improving after his hospital stay.
Talkweather wouldn't be near what it is today without him.

Thoughts and prayers with his family.
"Scratch my back with a lightning bolt
Thunder rolls like a bassdrum note
The sounds of the weather is heaven's ragtime band...."~Jimmy Buffett

Had the pleasure of hanging with Jack on multiple occasions and we always kept in touch.

I’m heartbroken to hear this.

My condolences to him and his family.
E

Gee, that was quite a punch in the guts to wake up to this morning. My condolences.
E

Wait, what? Oh my goodness.
A people that elect corrupt politicians, imposters, thieves and traitors are not victims, but accomplices. -- Unknown


Jack Watkins was a very kind and generous man, a good friend to all plus loved and took great care of his beloved wife Bette Watkins.
Jack passed away January 25th after being very ill for several months, in that time, they were without a salary to meet their daily and monthly needs.
Jack has physically, financially and kindly taken care of many, many people. Now is the time we can return the favor and help take care of his sweet wife Bette as she deals with life without her Jack. We can’t take the pain away but we can at least make sure she is financially taken care of so she’ll have food and shelter, that alone can take a load off her mind. Plus, let’s help her put Jack’s remains in a nice urn to commemorate not just his goodness but his willingness to serve his country as a Marine.
It’s still hard for us to believe this kind, gentle man is gone and we will never hear him sing again, until we’re in heaven!
Thank you for taking the time to read, please share and if you are able, donate!
God Bless You All!
Lori Lindley Jones
Skywarn Storm Spotter
Wx Geek Extraordinaire
Philippians 4:13

They're in Heaven talking about hurricanes. I like to think Perry is showing him around.

A few posts above is the GoFundMe link for anyone that can, be sure to give to help take care of Bette’s immediate needs in memory of Jack, who loved her so much!!

Afternoon everyone. Let me tell you what I liked most about Jack. He was a straight shooter. He told you like it was and a lot of time he would break the seriousness with an unexpected joke. When we were working to bring back TalkWeather he laid out the terms and then told me that he would be hands-off. I insisted he stick around because of all the time and dedication he put into this forum and helping build the amazing community that we are. A lot of things have changed over the last few years but I love when we see people drop back by from years ago. That wouldn't have been possible without the support of Jack.

Personally, I am so glad that Jack saw his dream of moving to the beach come true. Based on the number of sunset pictures he posted I could tell that he had found a happy place. While I miss the sunset pictures and singing videos, I miss the occasional talks most of all.
Got Wobble?

May the man continue to weather-watch from up above along with others who have left our world including Tim Samaras, Paul Samaras, Carl Young, Richard Henderson, Jim Leonard, Joel Taylor, Andy Gabrielson, Eric Nguyen, etc.... and may his wife Bette keep his legacy alive, and they will meet again one day.

I just have found out about this very sad news I've known Jack for all the years here on TW. I've been away for while and had not known just how sick he was. He was a good man and made my love for weather that much more on here.

This breaks my heart! Such a great guy!
Let's go fishing!
You must log in or register to reply here.