A thread for the severe weather Tuesday-Thursday.

.Mid MS Valley into portions of the OH/TN Valleys...
The primary severe threat is expected to develop near or after 00Z
along the southeastward moving cold front as it advances into
portions of the OH/TN/Mid MS Valleys. Steep midlevel lapse rates
atop increasing low-level moisture will result in moderate
destabilization spreading as far northeast as the mid MS Valley,
with at least weak destabilization spreading into portions of the OH
Valley ahead of the front. Increasing deep-layer flow/shear into the
evening will support organized convection along the front. With
deep-layer shear vectors oriented at least somewhat orthogonal to
the frontal boundary, an initial discrete or semi-discrete mode is
possible, with a corresponding risk of large hail (potentially
significant) and damaging wind, and perhaps a couple of tornadoes in
areas where more substantial low-level moisture return can occur.
Some upscale growth is possible Wednesday night, at which point
damaging wind would likely become the primary threat.

The magnitude and coverage of the severe threat, and also the
northeastern extent of the threat, will be highly dependent on the
amount of moistening and destabilization that can occur ahead of the
front by Wednesday evening, and considerable spread remains
regarding these details in the model guidance. A corridor of higher
severe probabilities may eventually be needed in future outlooks
once there is greater confidence in the magnitude of destabilization
across this region.

Small ENH area in southern Michigan/northern OH with an even smaller 5% TOR.
TalkWeather Members Do Not See This Ad - JOIN TODAY

I suspect we will see a enhanced risk tomorrow just like today. It's been the look for days. 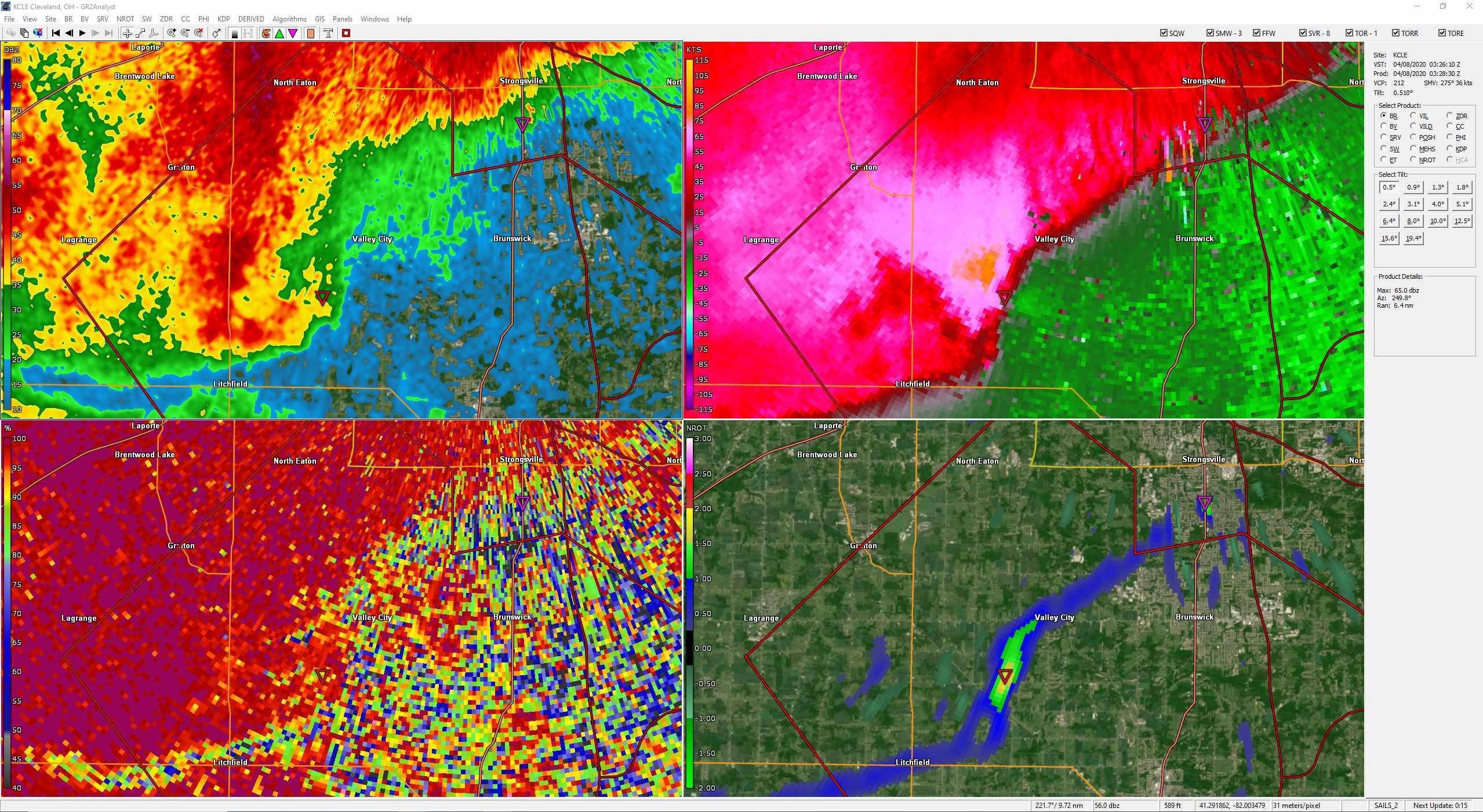 This is a very dangerous embedded supercell in a very populated area. Very prominent rotation on the last few scans.
Last edited: Apr 7, 2020

Looks like we’ll have some individual cells that will fire off along 20/59 corridor this afternoon that will pose a hail threat. Then, a possible widespread damaging wind event from TN/KY into North MS/AL this evening and overnight.
TalkWeather Members Do Not See This Ad - JOIN TODAY

Well that was a pretty hefty event.

Kory said:
Looks like we’ll have some individual cells that will fire off along 20/59 corridor this afternoon that will pose a hail threat. Then, a possible widespread damaging wind event from TN/KY into North MS/AL this evening and overnight.
Click to expand...

Once we get convergence into a convective complex that races southeast, the hail threat will go down. Damaging wind threat will increase then.
TalkWeather Members Do Not See This Ad - JOIN TODAY

First T-storm warnings for Mississippi as storms cross the river into sharkey and washington counties.

New Severe Thunderstorm Watch for all of central Alabama until 9pm CDT tonight:

Both of the cells along and south of I-20 in East MS/W AL should be dropping some big hail.
Hebrews 11:1

Meridian also probably getting some hail. This should move into W. Alabama shortly.
Edit: I think NorthGaWeather was referring to this in his message.

That's the same Meridian cell that was a hailer. It entered Alabama and became more serious.
TalkWeather Members Do Not See This Ad - JOIN TODAY

bwalk said:
That's the same Meridian cell that was a hailer. It entered Alabama and became more serious.
Click to expand...

Yeah, serious hail spike on that

Luckily that area is pretty rural.