Kory said:
Would Mo Brooks or Luther Strange have beaten Jones? It will be the question that AL GOP ponders for a while.

They certainly didn't have the baggage Moore had...and Moore was too presumptuous on the notion that this is a "red" state so no worries...
Click to expand...

I would've voted for either over Jones. Most moderate republicans would've as well. It's the moderates flipping that won the election for Jones.

What in the world is going on at Roy Moore's 'party'?

Kory said:
Would Mo Brooks or Luther Strange have beaten Jones? It will be the question that AL GOP ponders for a while.

They certainly didn't have the baggage Moore had...and Moore was too presumptuous on the notion that this is a "red" state so no worries...
Click to expand...

This Roy Moore thing is insane. Instead of conceding, some guy and lady are on stage singing hymns. Giving off a strong Jonestown vibe with all of this.

As the guy is getting ready to start the third hymn, someone screams out "No!" as a baby cries. Some deep stuff here.

DB1313 said:
As the guy is getting ready to start the third hymn, someone screams out "No!" as a baby cries. Some deep stuff here.
Click to expand...

Jesus this is a cult right here.

This goober isn't going to concede. They're talking military ballots and recounts.

What a pathetic sore loser. Jones just hit the 50% mark. I'd be surprised if there's a recount, but what the hell do I know?

Moore looked.. happy on that stage.

This man is bizarre..

Toomer's Corner in Auburn is being rolled tonight. 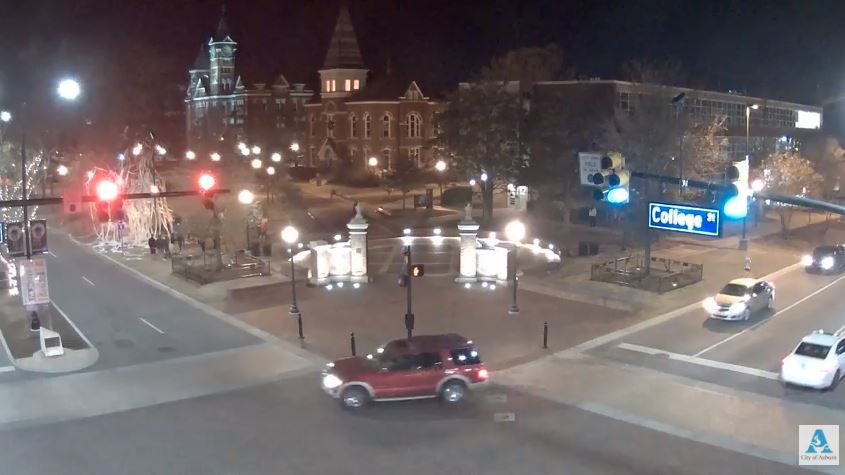 A Roy Moore supporter was aggressively waving a framed 10 Commandments in front of the media tonight.

Let's take a moment to appreciate that 27.2%+ of Alabama came out to vote today. That's actually impressive compared to previous turnouts.
E

Other than Mitch smiling, I want to say a few things. I know I personally convinced at least 6 people to vote for Jones instead of sitting at home or writing in. I'm proud of that. I'm going to keep giving it to the GOP go and hard until they start running decent candidates. No Palin. No Trump. No Moore. Run someone with real intellect and decent morals. No more hypocrites. I'm tired of all the BS.

It is very tiring for a Conservative to have to vote for Sparks, write in 2016 POTUS, and vote for Jones. I took a lot of crap when I refused to vote for a ticket that had Sarah Palin on it. I refused to back Bentley for a multitude of reasons. Same for Trump. Same for Moore.

Please give us some good candidates. Please. Crying out for a real Conservative that also espouses Christian values of compassion, help for the poor, elderly, infirm, and out children. Someone that actually follows what Jesus laid out for us in the New Testament.

Palin, Bentley, Trump, and Moore. I think I was on the right side of history for all of those. It wasn't hard. Reject crappy candidates. Don't compromise for immoral or unqualified candidates. Reject racists and bigots. We don't NEED those kinds of voters. I'm all for bipartisanship. I'm all for POLITICAL compromise on issues that aren't core tenants of my beliefs or morals.

I close with this: we all love to blame politicians. They are a mirror reflection of society. What does that say about us? We wouldn't have these terrible candidates if we were better. We all need to do better. We all need to realize there will never be a perfect candidate without flaws. But it doesn't mean you can put lipstick on a pig. It's still a pig (I just had to use that quip).

Goodnight Alabama. You did the right thing. Now let's get a good moral Conservative that truly follows Christ and kick Jones out unless he does a 180 on abortion and other issues. I'll give him the same chance I gave Trump. A very short leash. Hope he does better. Almost impossible that he wouldn't, but hey it's 2017. Anything can happen.
A people that elect corrupt politicians, imposters, thieves and traitors are not victims, but accomplices. -- Unknown
E

Forgot to mention, everyone realizes Moore is going to run for Governor Palin right? Gonna have to kill the cockroach a 5th time. Don't even know if I have it in me. I'll give the man credit. He's more stubborn than anyone I've ever known or met. He makes Trump look downright compromising.

Assuming, of course, Kayla doesn't divorce him and he ends up marrying an 18 year old girl while trying to run his little cult from Gallant.

If he runs for Governor I'm thinking about finding the keys to the Enola Gay or Bockscar and getting 'em ready.
A people that elect corrupt politicians, imposters, thieves and traitors are not victims, but accomplices. -- Unknown

Great points by Ben Shapiro. Boy, what a microcosm of the 2016 Presidential election here in Alabama. #2 and #3....

3. Republicans Are Absolute Fools To Buy Into Steve Bannon’s “Anti-Establishment” Con Game. Moore won the primaries because he was the most famous name in Alabama politics who wasn’t already in elective office. But there’s little doubt he should have dropped out as soon as The Washington Post ran their story alleging his molestation of a 14-year-old girl, and as soon as other allegations began piling on. But Steve Bannon of Breitbart News had decided to jump in front of the parade in Alabama, claiming credit for Moore’s primary victory, then declaring himself the leader of a national insurgency with Moore as one of its faces. This wasn’t a surprise — he did this with Sarah Palin, Andrew Breitbart, and then Trump himself. But Bannon’s shtick meant that Breitbart News became the weaponized research wing of the Moore campaign, dedicated to discrediting Moore’s accusers and blasting out the narrative that Moore was standing tall against the forces of the “establishment” — an “establishment” whose original candidate, Luther Strange, was supported by Trump and who voted with Trump nearly all the time. Furthermore, it meant that Bannon and company cudgeled those on the fence to support Moore rather than pushing him out of the race. Now, Bannon has no definition for the “establishment” other than “the thing I shout in order to get attention”; he has no definition for “nationalist populist” other than “not establishment.” But he has a very definite interest in maintaining his political street cred as a sort of blue collar Robespierre. He doesn’t care whether Republicans win or lose — he’ll just keep on blaming the “establishment” for the candidates he supports losing unlose-able races, and hoping that anti-media, “anti-establishment” ire will carry the day. But Republicans would be fools to think of him as anything but the charlatan he is, considering that he was far more responsible for the Republican Senate majority shrinking to a single vote, endangering Trump’s legislative agenda, than any other supposedly-major political figure.

Bottom line...Steve Bannon is a wart on the Republican Party.

"The outcome hinged on the simple fact that a lot of Republicans stayed home and a few voted for Jones. To add perspective to this, in November 2016 Trump clobbered Clinton with a 28 point margin and a total vote margin of 1.3 million to around 729k for Clinton. Jones got fewer votes than Clinton did and Moore got about half of the votes that Trump did. A huge number of Republicans were MIA."
Last edited: Dec 13, 2017 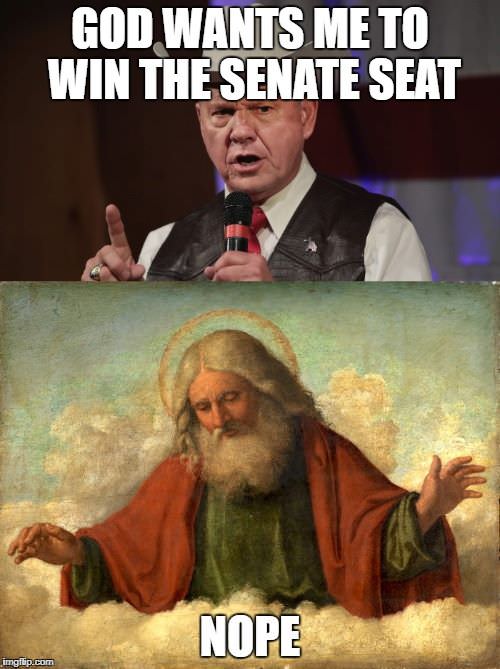 No offense to our resident Bama fans, but this is great!

A people that elect corrupt politicians, imposters, thieves and traitors are not victims, but accomplices. -- Unknown

Rod Bramblett's voice is just not soothing to one's ears.
You must log in or register to reply here.