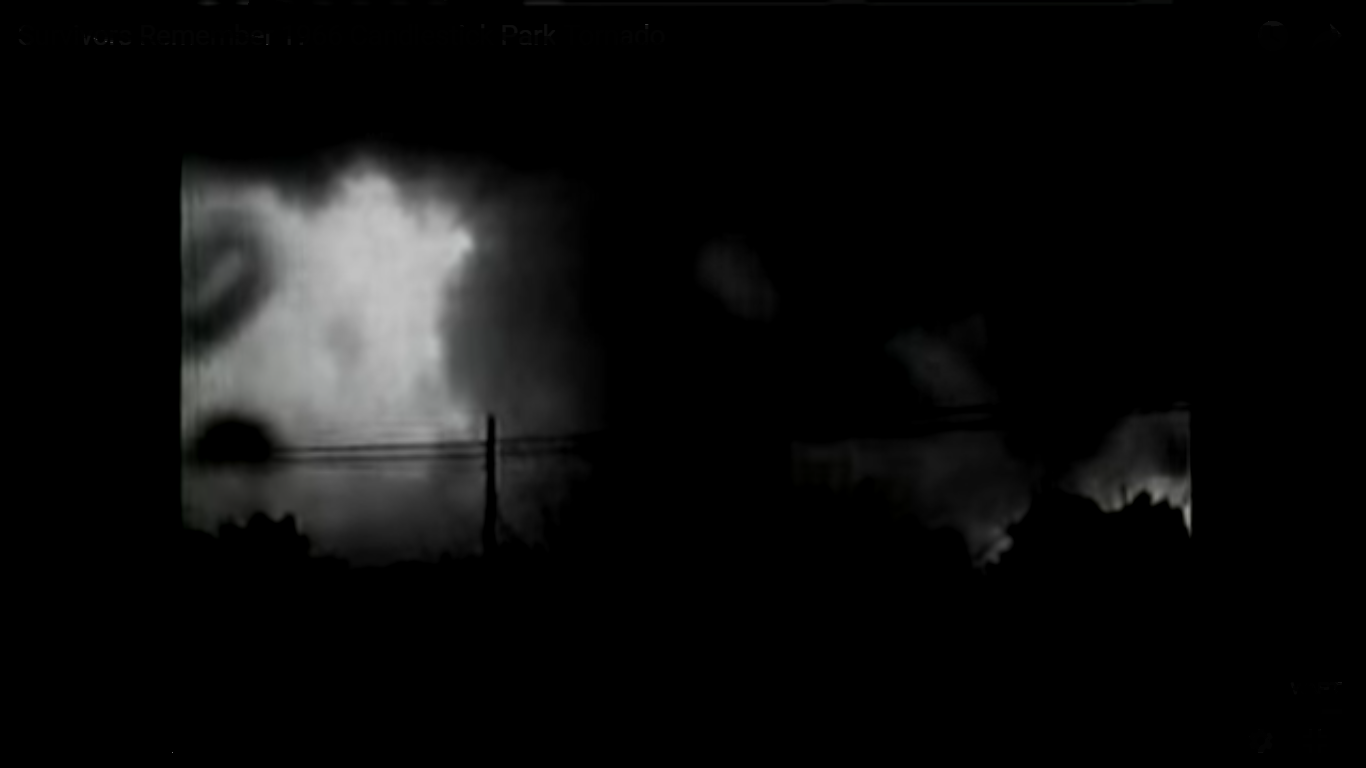 51 years ago today was a horrific day in Mississippi weather history. Even though only 3 tornadoes occurred in the US on March 3, 1966, one of them was a large, violent, long track F5 monster that tore a path more than 200 miles long across central Mississippi and west-central Alabama.

Dubbed the "Candlestick Park' tornado, in reference to a strip shopping center in Jackson, Missssippi which was obliterated by the late afternoon tornado, the vicious tornado killed 58 people and injured more than 500. The tornado touched down south of Learned, MS (SW Hinds county) round 4:00 pm CST, and moved rapidly east-northeast. It struck south Jackson at 4:30 pm, killing 19, most of them at or near Candlestick Park shopping center.

The violent tornado moved across southern and eastern portions of Jackson, then across the Pearl River into Rankin county, passing just northwest of Jackson's Thompson Field (airport); was observed by FAA personnel. Even though Rankin county was still rural in 1966, the tornado still took 6 lives and caused major destruction there.

The long-track tornado was at it's most violent in neighboring Scott county, where 26 perished, most in the Forkville and Branch areas. Additional losses occurred in Leake and Neshoba counties of Mississippi. The tornado became weaker and by some accounts, non-continous; passing near Philadelphia (Neshoba county), between Macon and Scooba, Mississippi (Noxubee county), and then tore a 50 mile damage path across Pickens and Tuscaloosa counties of western Alabama, producing F2 damage and killing one person near Aliceville. The twister finally dissipated around 8:30 pm CST northeast of Tuscaloosa. It covered 203 miles on the ground in 4 1/2 hours, at an average forward speed of 45 mph. 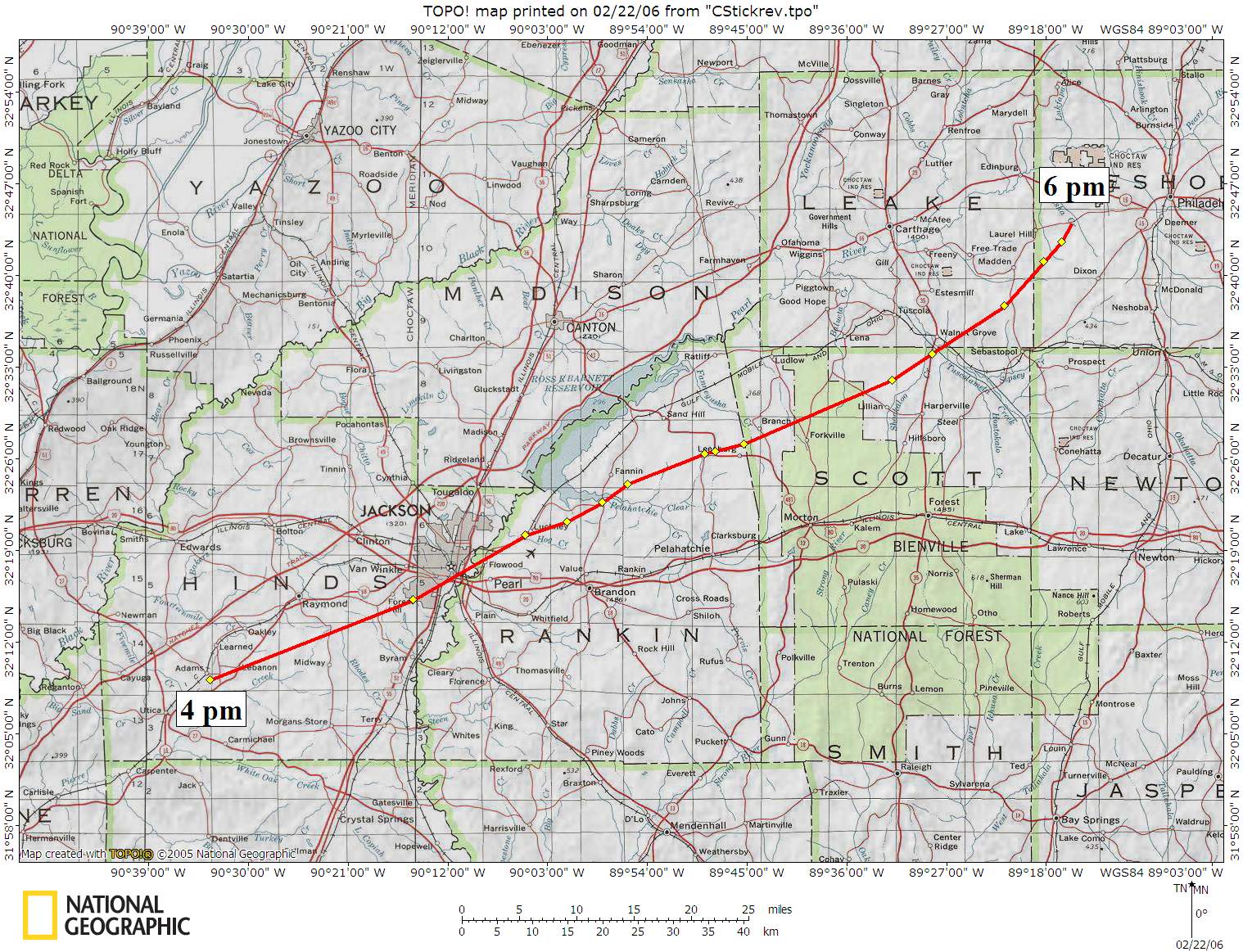 The massive tornado was spawned by a very large intense storm system centered in South Dakota, with unseasonably warm, moist air rushing northward from the Gulf Of Mexico. Due to a strong cap in the atmosphere, only a few scattered thunderstorms developed during the afternoon hours, but one was the potent long-lived supercell that spawned three tornadoes between eastern Mississippi and Jefferson county, Alabama, one of them the Candlestick Park monster.

A special website created by the NWS Office in Jackson, MS last year to mark the 50th anniversary of the Candlestick Park F5, including meteorological data (surface and upper air charts, skew-t soundings, etc). It's also very sobering to read the NWS Jackson's theory that a repeat of a similar large, violent tornado along the same path of the 1966 F5 would be even more catastrophic today, due to the tremendous growth in population and commuter traffic in the affected areas of Hinds and Rankin counties today. 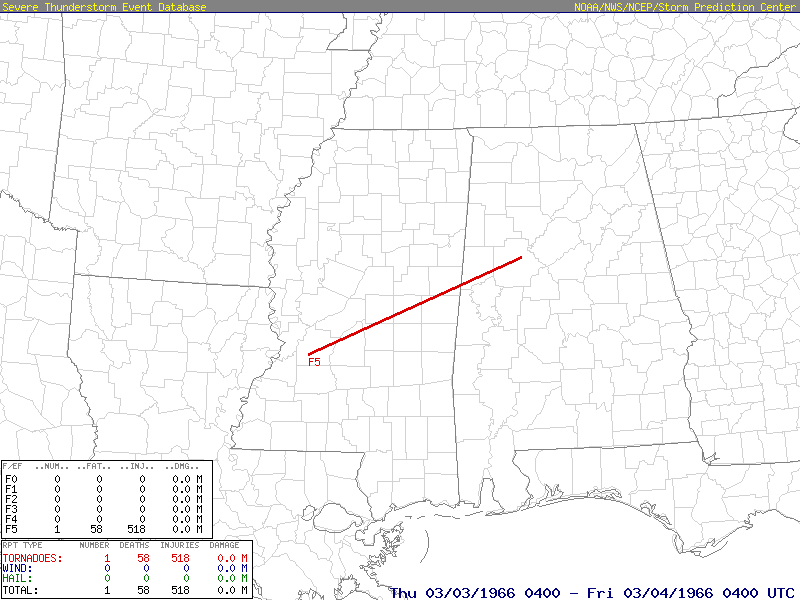 My ex wasn't born but his parent's and brother lived in Jackson, MS at this time, his mother actually saw the tornado and thought it was headed toward their neighborhood and took cover. The tornado passed closely but didn't directly hit. She told us horrific stories about some of the deaths and injuries she heard that occurred in the storm.

Lori said:
My ex wasn't born but his parent's and brother lived in Jackson, MS at this time, his mother actually saw the tornado and thought it was headed toward their neighborhood and took cover. The tornado passed closely but didn't directly hit. She told us horrific stories about some of the deaths and injuries she heard that occurred in the storm.

Your welome Lori......thanks for the kind words. Back in 1995-96, I lived and worked in the Jackson, Mississippi area. One of my co-workers at EDS grew up in south Jackson; the tornado passed within a few hundred yards of his family's home. George said he was 14 when the 1966 tornado occurred, and his personal memories of it and the destruction and death in his neighborhood gave me nightmares (his home was damaged; neighbors homes were leveled).
TalkWeather Members Do Not See This Ad - JOIN TODAY
You must log in or register to reply here.