In Loving Memory of Our Friend Jason Echols 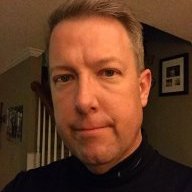 Jason Echols was a long-time member of TalkWeather. Jason served as a source of knowledge and support before, during, and after severe weather events, including the historic April 27, 2011 storms. Sadly Jason lost his life in a single-vehicle accident in Cullman County, Alabama. He was commuting from his home in Decatur to his job at the Alabama Education Association in Mongomery. Much like his friends at TalkWeather, his co-workers and church family all agree that he was a good-hearted person, devoted to his family, and someone that would walk to the walk to do things the right way.

In honor of Jason, TalkWeather has purchased an advanced WeatherFlow Tempest weather station and has placed it in Springdale, AR, at our "unofficial" TalkWeather headquarters. While this may not be the final location for the Jason Echols Memorial Weather Station, it has already been a source of weather information for the neighborhood school using it for daily observations. Jason Echols Memorial Thread | Posts by Jason
Share:
Twitter Reddit Pinterest Email Share Link